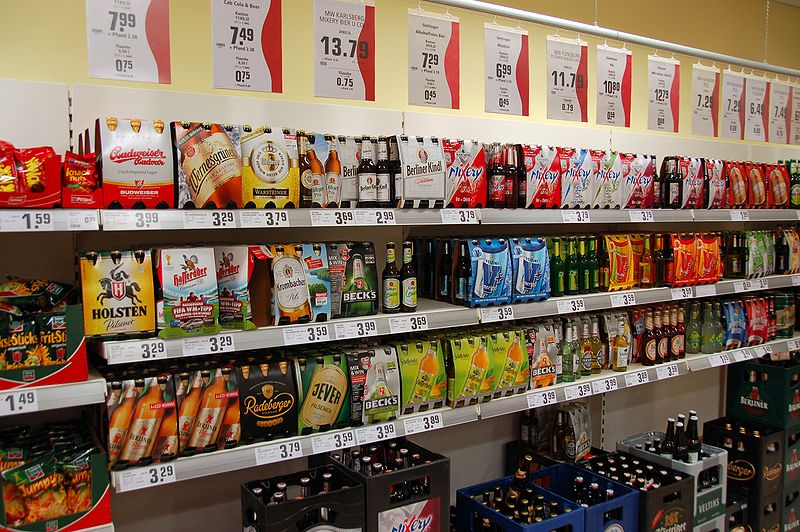 “The Commitments represent the most ambitious and comprehensive initiative the producers have ever undertaken together to address harmful drinking,” said Mark Leverton, Director General of Global Alcohol Producers Group. (image: wikimedia)

WASHINGTON, DC, Jul. 11 (Korea Bizwire) – Thirteen of the world’s leading producers of beer, wine, and spirits have released their report on 2013 progress made in implementing the Beer, Wine and Spirits Producers’ Commitments to Reduce Harmful Drinking (www.producerscommitments.org).

“We saw 2013 as an important first year to lay the foundation for this unprecedented global effort, and we have more work to do to address the complex issue of harmful drinking over the Commitments’ next four years and beyond,” said Rick Wilson, Chairman of the International Center for Alcohol Policies (ICAP, www.icap.org) and Senior Vice President, External Affairs & Corporate Responsibility, Bacardi-Martini, Inc. “We have learned a great deal over the past year, and we are using that knowledge to inform, strengthen, and accelerate our efforts moving forward in a fully transparent process.”

The Commitments represent the largest ever industry-wide initiative to address harmful drinking. The report, which was based on key performance indicators developed by Accenture Sustainability Services and assured by KPMG Sustainability, examined progress made on 10 different action areas. Among other results, the report finds that in 2013 the producers:

• defined specific, measureable targets for all 10 action areas included in the Commitments, which will allow the producers to assess progress going forward;
• ran 135 education programs across the world, either individually or in partnership, aimed at preventing and reducing underage drinking. Together, these programs have reached nearly 1 million young people under the legal purchase age in alcohol education programs and more than 500,000 parents, teachers, and community leaders;
• determined through an analysis in seven countries that more than 96% of producer advertising is compliant with the “70/30 rule” under which advertising is placed in media where at least 70% of the audience is of legal drinking age;
• found that none of the signatories’ products contained excessive quantities of stimulants; and
• developed guiding principles for responsible digital marketing, which are now out for review by industry, public health organizations, trade associations, and other interested parties.

“As important as the actions themselves is the level of accountability we have put in place for achieving our goals,” said Marcus Grant, ICAP President. “2013 was an important foundational year for us — we developed rigorous standards of evaluation, engaged a respected firm to assure our compliance with the Commitments and, with this report, are publicly sharing the first-year results.”

The producers signed the Commitments in October 2012, when they agreed to undertake a series of actions over five years (beginning in 2013) with the goal of strengthening and expanding existing efforts to reduce the harmful use of alcohol. The five commitments address:

“The Commitments represent the most ambitious and comprehensive initiative the producers have ever undertaken together to address harmful drinking,” said Mark Leverton, Director General, Global Alcohol Producers Group (GAPG, www.gapg.org). “As the report demonstrates, 2013 laid the groundwork for impactful action in the next four years.”

The Commitments build upon and greatly expand work previously undertaken by the producers in their efforts to help reduce harmful drinking globally. The 13 signatories of the Commitments are:

The next report will be published in 2015, but there will be regular updates on the progress in implementing the Commitments at http://www.producerscommitments.org/. The report is available at http://epublishbyus.com/ebook/ebook?id=10037612#/0.

For editors:
The International Center for Alcohol Policies (ICAP; www.icap.org) is a not-for-profit organization supported by major international producers of beverage alcohol. Established in 1995, ICAP’s mission is to promote understanding of the role of alcohol in society and to help reduce harmful drinking worldwide. ICAP’s efforts to foster dialogue and partnerships in the alcohol policy field are shaped by its commitment to pragmatic and feasible solutions to reducing harm that can be tailored to local and cultural considerations and needs. ICAP has been recognized by the United Nations Economic and Social Council (UN ECOSOC) as a non-governmental organization in Special Consultative Status.

Established in 2005, the Global Alcohol Producers Group (GAPG; www.gapg.org) is an industry coalition representing leading international beer, wine and spirits companies. It provides a channel for the WHO, member state governments and stakeholders of the WHO to engage in constructive dialogue with some of the leading alcohol beverage companies on health problems caused by harmful drinking patterns. Millions of legal purchase age adults enjoy alcohol responsibly, but GAPG companies also recognize that some abuse alcohol and the companies are committed to supporting WHO Members and other stakeholders to prevent and mitigate alcohol abuse and misuse effectively.