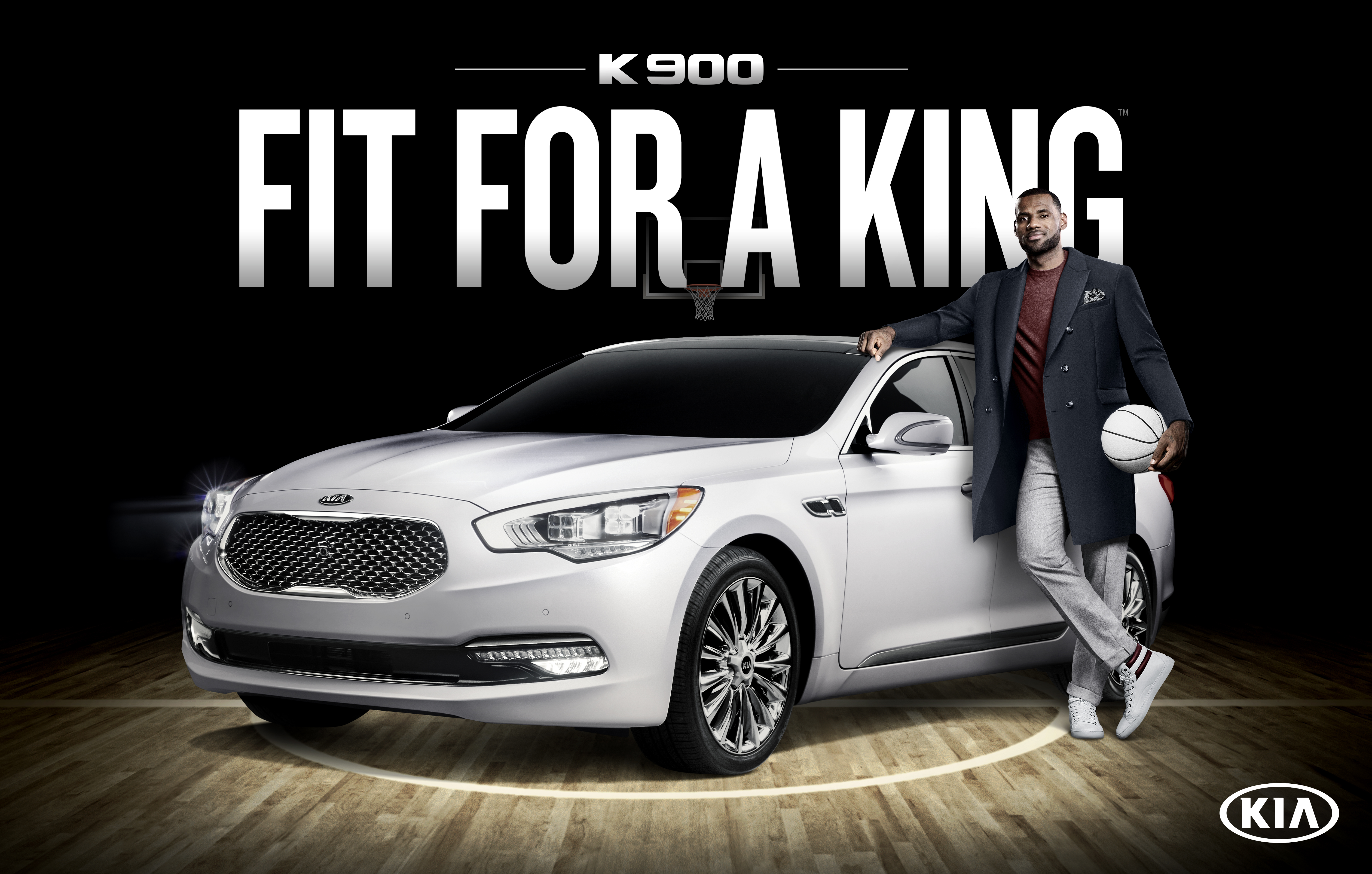 “I was a Kia K900 driver and fan before we decided to become partners, so I’m really excited to be Kia’s first-ever luxury ambassador,” said LeBron James. (image credit: Kia Motors America)

IRVINE, Calif., Oct. 15 (Korea Bizwire) – On the court, he is a ten-time NBA All-Star and the most popular athlete in the U.S.1; away from the arena he is a philanthropist, businessman and trendsetter; and today, LeBron James proudly includes a Kia K900 – the brand’s first-ever rear-drive luxury sedan – among his fleet of exotic automobiles. In a multi-year partnership with Kia Motors America (KMA), James assumes the newly created role of K900 Luxury Ambassador after the avid car collector reached out to Kia – the Official Automotive Partner of the NBA – for a firsthand experience with the flagship sedan aimed at confident, independent thinkers who actively seek out new products and unique ideas from up-and-coming brands.

“I was a Kia K900 driver and fan before we decided to become partners, so I’m really excited to be Kia’s first-ever luxury ambassador,” said LeBron James. “This partnership is about the power of great style and performance. Kia and the K900 are out to challenge conventional wisdom and show people how to think differently, and I can relate to that. For me, a partnership has to be authentic and real to who I am, and that’s what makes this one so special.”

In August, James posted “Rolling around in my K900. Love this car!” online with photos of the sedan, which AMCI Testing2 recently certified as Quieter, Smoother, and Better Riding Overall than the Audi A8 4.0T, the BMW 750i and the Lexus LS460.

“As fans of the game of basketball, we were honored to learn that one of today’s most influential athletes and tastemakers recognized something different was going on at Kia and wanted to check out our new flagship sedan,” said Tim Chaney, vice president of marketing communications, KMA. “Like Kia, LeBron James does not want to be confined by conventions or traditional definitions, and as our K900 Luxury Ambassador his star power will cause people to question everything they think they know about our brand.”

About Kia Motors America
Kia Motors America (KMA) is the marketing and distribution arm of Kia Motors Corporation based in Seoul, South Korea.  KMA proudly serves as the “Official Automotive Partner” of the NBA and LPGA and surpassed the 500,000 annual sales mark for the second consecutive year in 2013 following the launch of seven all-new or significantly redesigned vehicles.   KMA offers a complete line of vehicles, including the rear-drive K900** flagship sedan, Cadenza premium sedan, Sorento CUV, Soul urban passenger vehicle, Sportage compact CUV, Optima midsize sedan, Optima Hybrid, the Forte compact sedan, Forte5 and Forte Koup, Rio and Rio 5-door subcompacts and the Sedona midsize multi-purpose vehicle, through a network of more than 765 dealers across the United States.  Kia’s U.S. manufacturing plant in West Point, Georgia, builds the Optima* and Sorento* and is responsible for the creation of more than 14,000 plant and supplier jobs.

* The Sorento and Optima GDI (EX, SX & Limited and certain LX Trims only) are assembled in the United States from U.S. and globally sourced parts.