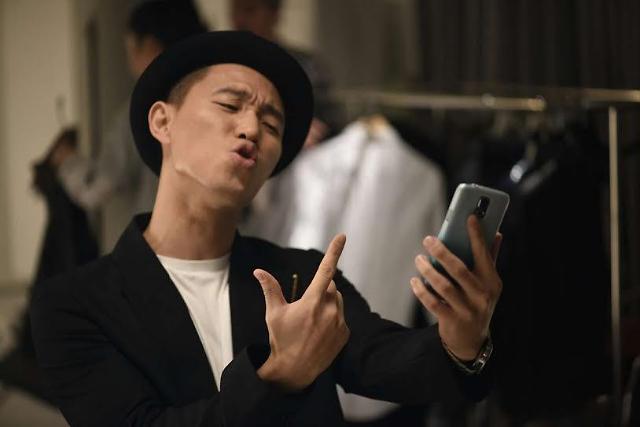 Gary, who enjoys popularity in Greater China thanks to the SBS entertainment program Running Man, was cast as a model for the Chinese messaging service QQ. (image: Leessang Company)

According to Leessang Company, Gary, who enjoys popularity in Greater China thanks to the SBS entertainment program Running Man, was cast as a model for the Chinese messaging service QQ, which has more than 800 million users.

In a QQ TV commercial filmed in Shanghai last month, Gary is portrayed as a friend of Chinese celebrities including Jane Zhang, Zheng Kai and Zhang Bichen. In the advertisement, the Korean star sings happy birthday to Zheng Kai through group video messaging, as the friends cannot attend the birthday party due to their busy schedules.

According to his talent agency, Gary spoke Chinese fluently throughout the shoot and acted very naturally, which led to applause from the advertiser and staff.

QQ.com said, “We are very interested not only in his popularity in China but in his rapping. We discovered many of his talents during the shoot and hope that he will be a good partner for our business.”

Meanwhile, Gary has been successfully showcasing himself in four Chinese speaking regions including Hong Kong, Singapore, Guangzhou and Macao since the latter half of last year.