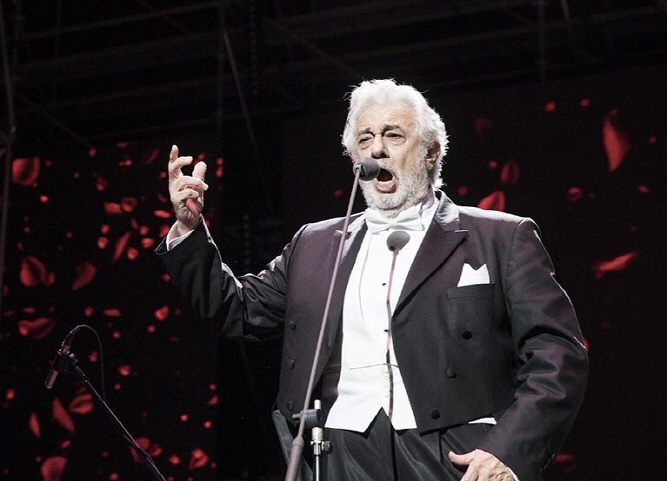 SEOUL, Oct. 29 (Korea Bizwire) — Placido Domingo, one of the most celebrated male opera singers of our time, did not fail to delight music lovers during a packed concert at Jamsil Indoor Stadium in Seoul on October 26.

Marking his seventh concert in the nation, the 77-year-old baritone received a thunderous round of applause for his rendition of the Korean classic “Longing for Mount Kumgang,” which was sung as an encore number.

The concert, scheduled to begin at 8 p.m., was delayed for 10 minutes due to the large crowds that were still streaming into the venue.

Although tickets did not come cheap with top seats selling for approximately 550,000 won (US$480), music enthusiasts filled the venue to see the “living legend” sing on stage for what could be, critics say, his last performance in South Korea.

The baritone with the silver hair and beard performed for nearly three hours on stage, surprising many with the fervor unbecoming someone in his late 70s.

Placido Domingo started out his career as a baritone before switching to tenor roles during a career that spanned approximately 50 years.

Aged and matured, the former tenor has returned to performing as a baritone again, resulting in a second musical peak in his life-long career. 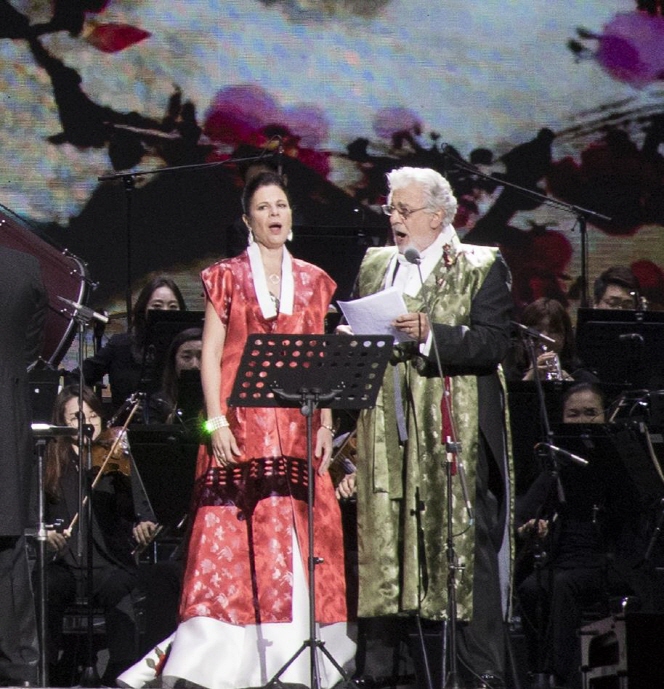 At the Seoul concert, Domingo sang 19 songs in the original program alongside sopranos Ana María Martínez and Im Youngin.

Some of the crowd-pleasing songs that were performed included “Orfanella il tetto umile…Figlia al tal nome” from the opera Simon Boccanegra, and “Dite alla giovine” from La Traviata.

More contemporary hits like “Tonight” from the musical West Side Story also drew great applause from the crowd.

But Domingo’s fifth encore performance, “Longing for Mount Kumgang” was the crowd favorite of the night, as the baritone dressed in a traditional hanbok costume and put on his glasses to sing the Korean lyrics clearly.

As the concert drew to a close, the audience rose in unison to salute Domingo with a rousing standing ovation.