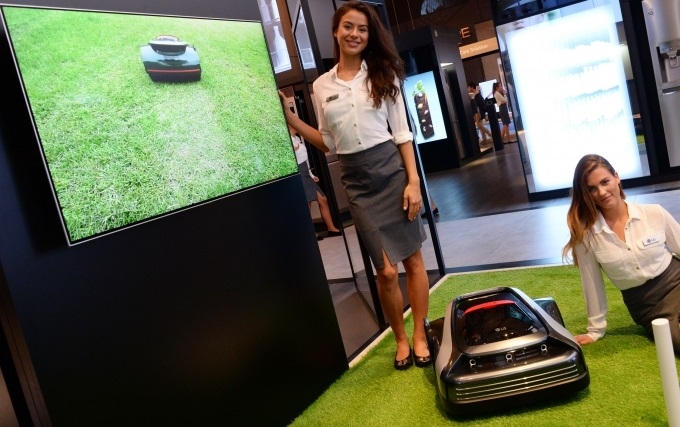 Earlier May, LG Electronics announced it had made equity investment in Acryl, a local AI startup. (Image courtesy of LG Elecs)

SEOUL, May 29 (Korea Bizwire) – LG Electronics Inc. said Tuesday it plans to invest 53.6 billion won (US$49.67 million) in acquiring stakes in Robostar Co., a local robot manufacturing firm, as part of efforts to strengthen its presence in the next-generation industry.

The South Korean tech giant said in a release that it “plans to buy a 20 percent stake in Robostar around mid-July,” noting the stake would be around 1.95 million shares.

“By the end of next year, LG will purchase 13.4 percent more of the company to raise our holdings to 33.4 percent,” it added.

Established in 1999, Robostar is known for its prominent technologies in making robots, including in the production of semiconductors and cars, according to industry watchers.

The stake purchase plan is the latest in a series of moves by LG to expand its business scope in the high-tech sector, which is one of the company’s major future growth engines.

“As the robot business is one of our key growth pillars for the future, we have been into developing our own technologies and at the same time strengthening cooperation with firms with expertise and startups,” an LG official said, stressing plans to consistently invest in the development of cutting-edge technologies.