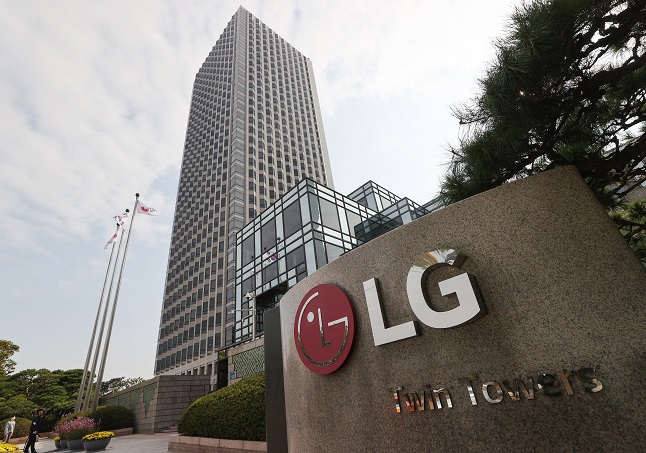 For the three months ending in September, its net profit soared to 570.39 billion won (US$503 million) from 137.19 billion won in the same period of last year, the company said in a statement.

In a conference call held after the release of the quarterly results, LG Chem Executive Vice President Cha Dong-seok expected sales in the petrochemical and battery divisions to continue to improve in the fourth quarter on robust demand for the products, despite the COVID-19 pandemic.

Operating profit more than doubled to 902.08 billion won in the third quarter from 348.76 billion won a year earlier.

The company logged its highest quarterly operating profit since it reported 831.3 billion won in the first quarter of 2011.

LG Chem is the world’s biggest car battery supplier, accounting for a global share of 24.6 percent.

This photo provided by Hyundai Motor shows the carmaker’s electrified version of its Kona subcompact SUV. Hyundai has decided to voluntarily recall its Kona all-electric models sold overseas after the automaker vowed to take the same step on the home turf over potential battery fire risks.

As for recent fires in Hyundai Motor Co.’s Kona Electric vehicle equipped with LG Chem’s lithium ion battery system, Vice President Lee Ho-woo said in the conference call that the company has formed a joint task force team with Hyundai to identify the cause of the fires in the all-electric car.

Last week, Hyundai Motor said it will voluntarily recall 77,000 Kona Electric models for a faulty battery cell component, as 14 cases of fires in the model — 10 domestically and four overseas — have been reported since 2018.

The announcement comes after the transport ministry said the Kona Electric models manufactured between Sept. 29, 2019, and March 13, 2020, are subject to the recall as a possible short circuit in the faulty battery cell system may cause a fire in the electric model.

Asked if the company has a plan to put aside some provisions to handle the fire cases, Lee said it’s too early to put aside any provisions for the matter as the exact cause of the fires has yet to be investigated.