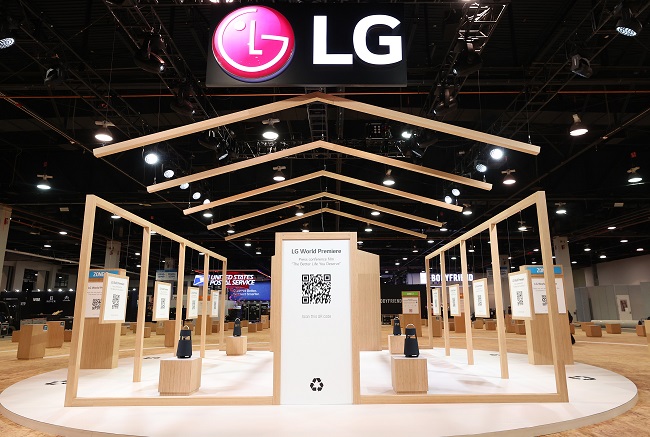 The company expected to log 21 trillion won (US$17.5 billion) in sales for the September-December period, up 20.7 percent from a year earlier, it said in a regulatory filing.

Operating income, however, likely came in at 681.6 billion won, down 21 percent from a year ago.

The fourth-quarter operating profit prediction was 16.2 percent lower than the market consensus of 813.7 billion won in a survey by Yonhap Infomax, the financial data firm of Yonhap News Agency.

Compared with the third quarter, the operating profit likely advanced 26.1 percent, with the sales rising 11.8 percent, according to the estimates.

If the preliminary results become official, the fourth-quarter sales would represent the largest-ever quarterly performance in the company’s history.

Friday’s guidance did not include breakdown figures for its respective business divisions. LG will release the full earnings results later this month.

“Such demand, especially for the premium lineup in the North America market, appears to not have peaked yet, meaning that we could possible expect further momentum in the first half of next year,” Kim Ji-san, an analyst at Kiwoom Securitis Co., said.

Analysts predicted a replacement cycle for electrical appliance items among U.S. consumers in the first half of this year.

The on-year decrease in the fourth-quarter operating income would be attributable to a hike in logistics and raw materials costs, and the weaker-than-expected effect from the year-end holiday spending, analysts said.

Its vehicle component solutions unit, considered as LG’s next growth engine, was forecast to continue to log an on-year operating loss in the fourth quarter, weighed by the global semiconductor shortage.

LG’s Business Solutions division, in charge of IT devices, solar panel modules and robots, was predicted to have improved, although the solar panel part was expected to post a tepid result.