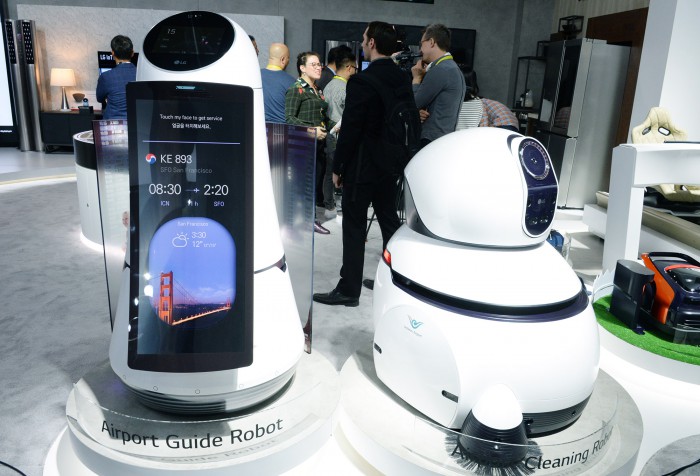 SEOUL, Jan. 12 (Korea Bizwire) — LG Electronics Inc. said Friday that it has acquired a 10.12 percent stake in Robotis, a local robot maker, in the latest move to build its presence in the automation business.

The South Korean consumer tech giant purchased about 9 billion won (US$8.4 million) worth of Robotis stock, after the company issued new shares in a bid to raise capital.

Robotis, set up in 1999, specializes in robot solutions and educational robots. Its technological prowess has been recognized at home and abroad for the development of actuators, electric motors used in robot joints, according to LG Electronics.

“We will continue to push for investment and cooperation to strengthen our competitiveness in the robot business,” a LG Electronics official said.

The serving robot is capable of carrying plates to serve drinks, and the porter robot can be used to not only carry luggage but also to provide check-in and check-out services at hotels. The shopping robot can also help consumers locate products in supermarkets.

Also Friday, LG Electronics said it has received dozens of awards for its organic light-emitting diode television and other electronic goods at this year’s CES.

Engadget, a U.S. website for technology news and reviews, selected LG Electronics’ C-series OLED television as one of the winners of this year’s Best of CES awards, saying LG’s next OLED TVs are even smarter and better looking than before.

The C8 series sports the company’s fast new A9 processor, which is put to good use powering the newly added Google Assistant.