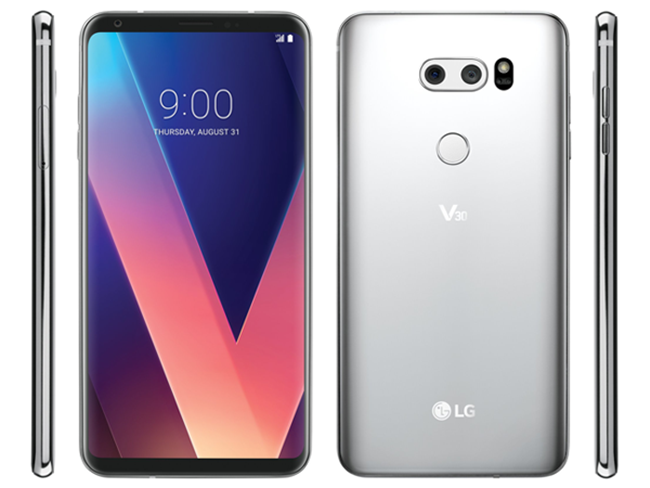 One of the most significant developments of the LG V30 is the dual-lens rear camera with one of the lenses adopting an aperture of F1.6. This represents the fastest lens set up among the flagship smartphones currently being sold in the market. (Image: LG Electronics)

Compared to the previous V smartphones, the tech giant focused on enhancing the visual and audio-related features over testing new platforms or services.

One of the most significant developments of the LG V30 is the dual-lens rear camera with one of the lenses adopting an aperture of F1.6. This represents the fastest lens set up among the flagship smartphones currently being sold in the market.

LG Electronics added the rear camera also adopted the Crystal Clear Lens for the first time in the industry, claiming the lens permits users to capture more details compared to other plastic-based lenses.

LG Electronics said the V30 will become the first smartphone to support the Master Quality Authenticated format, a technology for high-quality streaming. The device will also come with an earphone designed by B&O Play.

The LG V30 also reduced the bezel by 20 percent and 50 percent, each, at top and bottom, providing users with a wider screen. The display ratio stands at 18:9. The OLED Full Vision display will help users to enjoy better virtual reality content, it added.

The device is also the first to adopt the Korean-language edition of Google Assistant. The predecessor, V20, was only equipped with the English version.

For South Korean users, the device is equipped with the mobile payment system LG Pay, which connects to all local credit cards.

The LG V30 will come in two versions with storage capacity of 64GB and 128GB, respectively. The battery capacity stands at 3,300 mAh.

As with the V20, the new device also earned the “MIL-STD 801G” certificate issued by Maryland Electrical Testing, by meeting tough security requirements approved by the U.S. Department of Defense.

The LG V30 is rated at IP68, making it both water and dust resistance.

The release of the LG V30 is significant for the company as its mobile business has been posting operating losses for nine consecutive quarters as of the April-June period.

The 6.3-inch Samsung phablet, equipped with a pen, also boasts a dual camera with 12-megapixel, with that of the front-facing lens standing at 8 megapixel. Its battery capacity is 3,300 mAh, the same as the V30.