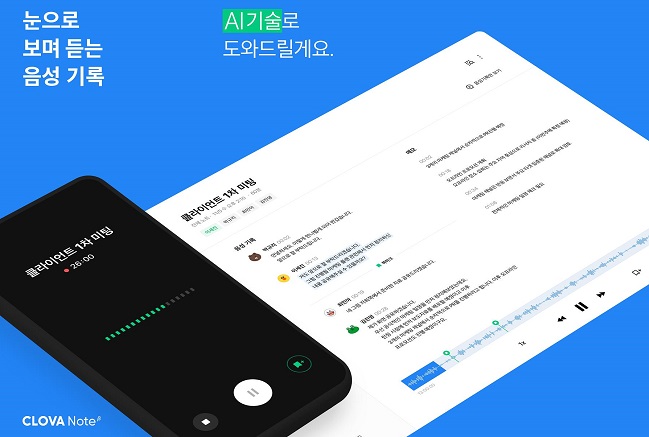 Clova Note can automatically convert voice files of up to 90 minutes to text. (image: Naver)

After installing the Clova Note mobile app, users need to push the recording button or upload their voice file. Clova Note can automatically convert voice files of up to 90 minutes to text.

The voice recognition sector has become a hotbed of activity among start-ups, with many launching new products and services in recent days.

In April, a local tech start-up Return Zero released its Vito app that shows audio recording files in a text format like a messenger chat, with the number of cumulative downloads breaking the 50,000 mark just 50 days after being released.

In particular, the ever-expanding size of the video platform market, including YouTube, is accelerating the development of speech to text technology.

Another AI start-up VoyagerX released a video editing program called Vrew last year that can promptly create text scripts based on the audio from a video.

This service gained popularity among domestic YouTubers since it eliminates the need to play the video repeatedly to create scripts.