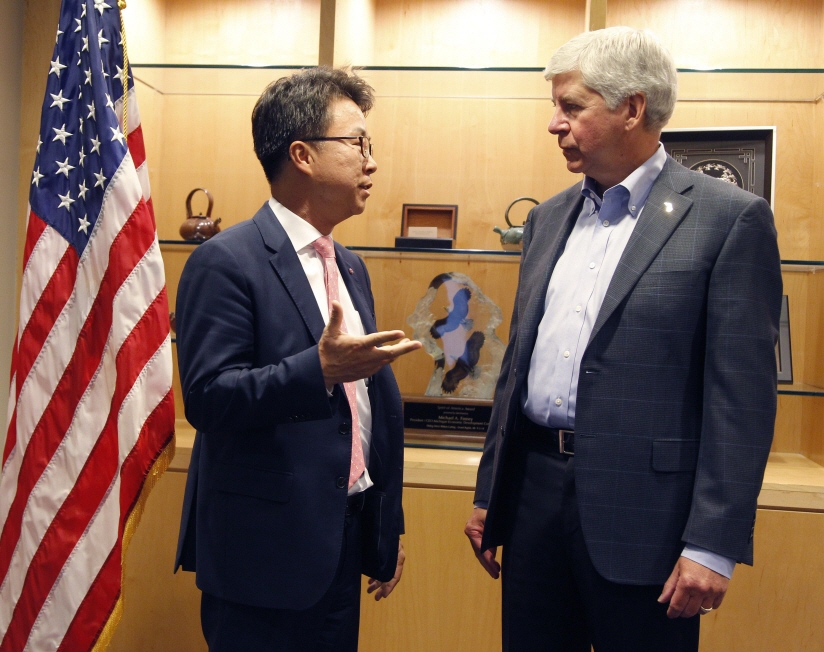 SEOUL, Aug. 23 (Korea Bizwire) — South Korean tech giant LG Electronics Inc. said Wednesday it will build a factory for the production of electric-vehicle (EV) parts in the United States with an estimated US$25 million, tapping deeper into the vehicle-components business.

The construction of the plant in Hazel Park, near the industrial city of Detroit, will be completed early next year, LG Electronics said. The factory will produce battery packs for electric cars and gradually expand the scope to other key parts, it added.

LG already operates its vehicle-components office in Troy, Michigan, to grab a share of the U.S.’ EV market.

An official from LG Electronics said Michigan promised to provide financial support worth $2.9 million over the next four years.

The Michigan state government also vowed to help with hiring staff and providing them with education programs.

According to LG, the combined sales of EVs came to 104,178 units in the U.S. last year, standing as one of three major markets with China and Europe, which held comparable figures of 257,929 units and 108,649 units, respectively.z

The U.S. market for EVs is anticipated to grow 65.5 percent annually throughout 2020, it added.

LG Electronics has been making efforts to beef up its vehicle component business.

LG Electronics’ vehicle-components business logged 2.77 trillion won (US$2.47 billion) in sales last year, sharply up 51.3 percent from a year earlier. In the first half of the year, LG’s vehicle component racked up 1.76 trillion won in sales.

“The construction of the factory will help LG Electronics become the best partner for U.S. carmakers preparing for the era of electric vehicles,” the company said.