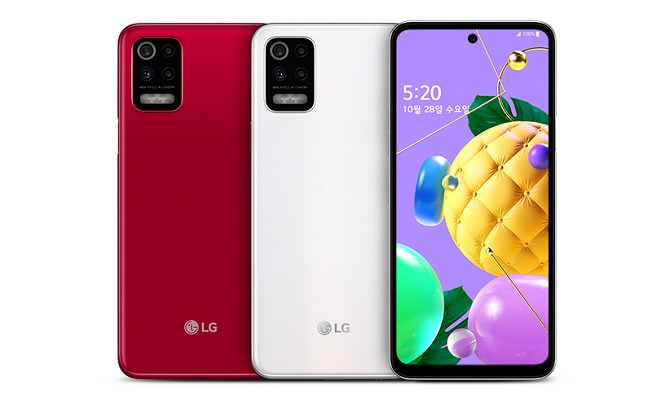 LG said the Q52 will go on sale in South Korea on Wednesday with a price tag of 333,000 won (US$290). The handset is the fifth Q series model released this year.

The Q52 has upgraded features and design compared with its predecessor, the Q51. However, the latest smartphone does not support 5G.

The Q52 comes with a quad rear camera setup. It houses a 48-megapixel (MP) main camera, a 5MP wide lens, a 2MP depth sensor and a 2MP macro lens. On the front, it sports a 13MP selfie camera.

The smartphone, featuring a 6.6-inch punch-hole display, offers 4 gigabytes of RAM and a 64-gigabyte base storage option that can be expanded to up to 2 terabytes via a micro SD card. It packs a 4,000 mAh battery.

The Q52 applied optical pattern design used for its premium smartphone like the Velvet. It makes the color of the cover different depending on the viewing angle and the amount of light.

LG hopes the expansion of its budget smartphone lineup can help its mobile business escape from a long slump.

LG’s mobile communications business division posted an operating loss of 206.5 billion won in the second quarter of the year, extending its losses to 21 consecutive quarters. Its revenue also declined 18.9 percent on-year to 1.31 trillion won in the April-June period.