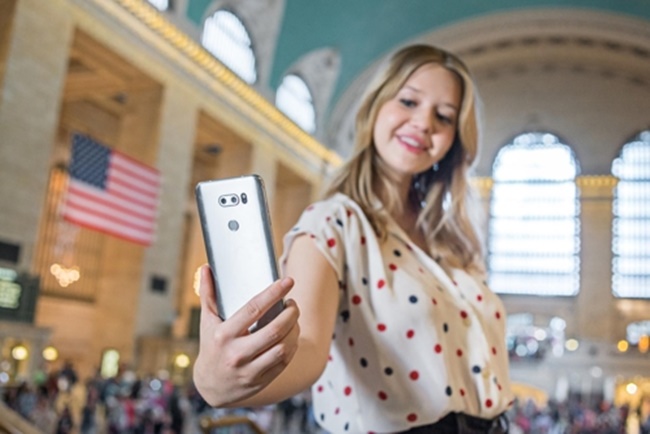 SEOUL, Oct. 12 (Korea Bizwire) – LG Electronics Inc. said Thursday it will kick off sales of the V30 smartphone in the United States this week and gradually expand the global release of the product to play a key role in revitalizing its mobile business.

LG Electronics said it also plans to release the V30 in major European countries, including Britain and Germany, in the current quarter. The smartphone will also reach Latin American and Asian countries down the road, it added.

The company said the V30 will tap deeper into the U.S. market for premium smartphones on the back of its state-of-the-art camera features, which can be easily utilized by users.

LG Electronics has been citing the camera as one of the main attractions of the V30, which adopted the dual-lens rear camera with one of the lenses adopting an aperture of F1.6. This represents the fastest lens setup among smartphones currently being sold in the market.

LG Electronics said the rear camera also comes with what it calls a Crystal Clear Lens for the first time in the industry, allowing users to take more vivid photos.

Earlier this week, the company said its operating profit is estimated to have shot up 82.2 percent on-year in the third quarter to 516 billion won (US$454 million), apparently helped by its home appliances and TV businesses.

While the company did not provide a breakdown for each division, the mobile business is presumed to have suffered losses, probably marking the 10th consecutive quarter for LG to post operating losses in the sector.

Industry watchers said while the gloomy estimate for the third quarter is attributable to the increased marketing costs followed by the release of the V30, which went on sale in September, the mobile sector may seek a turnaround in the fourth quarter when sales of the new handset are reflected in the books.