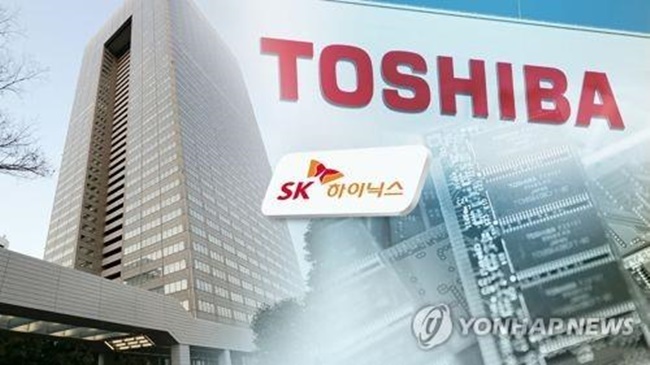 Toshiba is expected to clinch an official agreement by June 28, when it holds a shareholders’ meeting. (Image: Yonhap)

Toshiba earlier put its stake in its memory operations up for sale as it struggles with losses from its nuclear power business in the United States.

The consortium, also including Japanese players and U.S. Bain Capital, is estimated to have secured cash worth 2 trillion yen (US$17 billion).

Toshiba is expected to clinch an official agreement by June 28, when it holds a shareholders’ meeting.