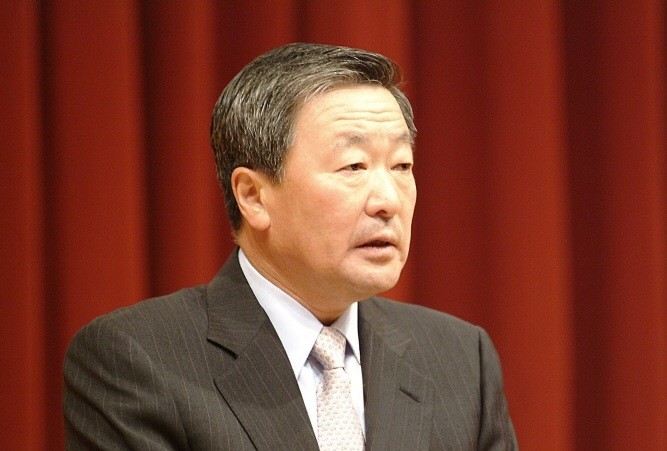 An official from LG Group said Koo died peacefully while his family was watching. Koo had several brain surgeries earlier this year, and was recently hospitalized when his condition got worse.

LG said that while Koo had received medical care for around a year, the business tycoon had expressed his wish to reject life-prolonging treatments. Koo led LG Group for 23 years.

The late entrepreneur took over running the business conglomerate, which can trace its roots back to his grandfather Koo In-hwoi in 1947, from his father Koo Ja-kyung in 1995 and has been instrumental in building up its affiliates, including LG Electronics, into global players.

Besides consumers electronics, the conglomerate is an industry leader in displays, telecommunication, and chemicals and rechargeable batteries.

LG said the late chairman underwent several surgeries in 2017 and this year, and was recently admitted to Seoul National University Hospital after his health took a turn for the worst.

He had handed over the everyday management of the business group to his younger brother and LG Vice Chairman Koo Bon-joon.

He leaves behind his wife, two daughters and 40-year-old adopted son Koo Kwang-mo, who is seen as the heir to the LG conglomerate.

His family have decided to carry out a simple and private funeral in accordance with the will of the late business tycoon, the group said, adding it would respectfully refuse to accept condolence flowers and visits.

“This is because the deceased always avoided complicated formalities and wished not to give others trouble because of him,” the group added.

President Moon Jae-in offered condolences to Koo’s family and said that “a revered and remarkable star in the business world has fallen”, according to Jang Ha-sung, presidential chief of staff for policy, who visited the hospital’s funeral parlour to offer condolences on behalf of the president.

The business community mourned the death of the tycoon who developed the company into a global player with a wide range of innovative products and solutions. Samsung Electronics Vice Chairman Lee Jae-yong was among those who came to the funeral hall to offer their sympathy.

The Korea Chamber of Commerce and Industry said Koo’s entrepreneurship contributed to the South Korean economy, while the Korea Employers Federation praised his leadership for smooth labor relations.

The Korea International Trade Association said LG was able grow into a global company that is a leader in electronics, chemicals and telecommunications under the late chairman’s bold leadership.