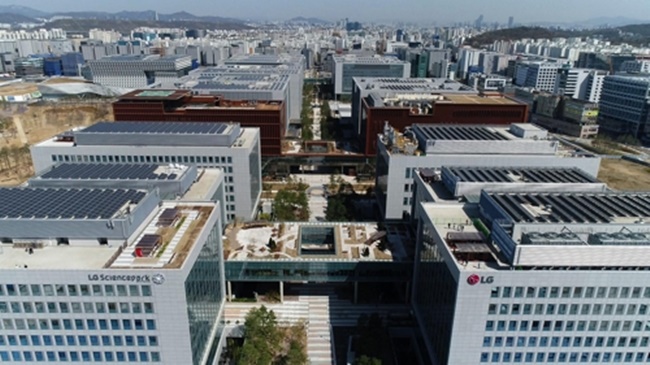 “People and technologies are the best assets in our country, which lacks natural resources,” said LG Vice Chairman Koo Bon-Joon said in a statement.

“Investing in research and development projects and fostering professionals are the fundamental answer for a company to sustain in the major flow of the fourth industrial revolution.”

Koo highlighted that LG Science Park, which involved an investment of 4 trillion won (US$3.74 billion), will lend support to the vision.

LG Group also claimed that researchers of different fields will be able to more easily form ties at the complex. For instance, the 5G-network solution of LG Uplus Corp. can combine with LG Electronics’ automotive parts, along with sensors developed by LG Innotek Co.

Among others, LG will promote what it calls an “ecosystem of open innovation,” inviting small and medium enterprises (SMEs), start-ups, and universities to the complex.

“South Korean SMEs and ventures can utilize technologies and global infrastructure of LG to become more competitive and tap the global market, becoming a good example of shared growth,” the company said.

Qualcomm will also be present, with a Joint Lab at the complex. The U.S. tech company has been rolling out joint researches with LG Electronics to develop next-generation connected automobile solutions.

LG said its research complex is competitive as there are also 100 companies in operation at the nearby Magok R&D cluster, claiming the group will play a leading role in making the region a South Korean version of Silicon Valley.

The business group highlighted that the complex is environmentally-friendly. By bringing different research centers of affiliates together, LG said it will be able to cut energy consumption by 38 percent. Most of the 20 building of the complex will also come with solar-light modules to generate power.

LG said the complex will study deeper into electronics, chemical, bio, and AI technologies to enrich the lives of people, and also build grounds for the business group’s sustainable growth.