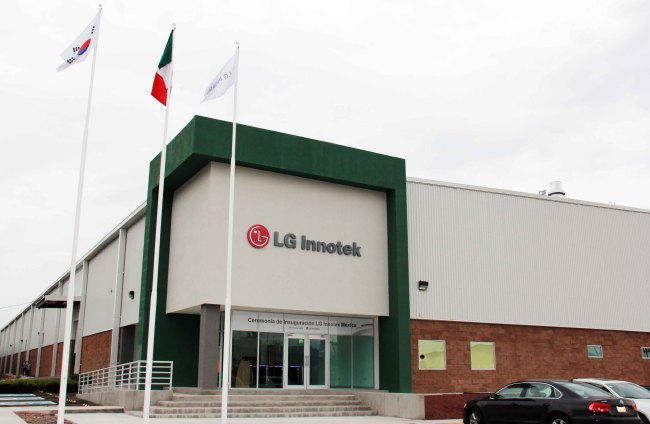 SEOUL, June 26 (Korea Bizwire) – LG Innotek, an electronics components manufacturer and an affiliate of LG Group, opened its first overseas plant in Mexico on June 26. The Seoul-based company’s first overseas automotive components plant will be up and running for the production of auto components to better serve its leading Tier-1 automotive customers and strengthen its global expansion.

The opening ceremony for the plant in San Juan del Rio, Queretaro, northwest of Mexico City, was attended by more than 150 dignitaries including regional and local government officials and representatives of the South Korean government, who were hosted by Ung-Beom Lee, CEO of LG Innotek.

The plant will manufacture core automotive components, including motors for brakes, steering systems and gearshifts. The Mexican plant will help ensure on-time delivery of these crucial supplies to key automotive customers in Mexico and the rest of North America.

“The new facility in San Juan del Rio will be a core center in our global manufacturing network as we seek to provide better and more valuable support to our customers. We recognize the growing importance of Mexico as a major supplier hub in the global automotive industry,” said Mr. Lee. “Many of our customers already operate in Mexico and we believe that being close to them will enhance our on-time delivery record.”

The 34,000 square meter plant will employ around 600 workers and will begin full operations in August with the manufacturing of Dual Clutch Transmission (DCT) motors.

Other main components slated for production at the plant will include Anti-Lock Brake System (ABS) motors and Electric Power Steering (EPS) motors. Total annual production capacity is expected to increase to 7.6 million automotive motors by 2016. 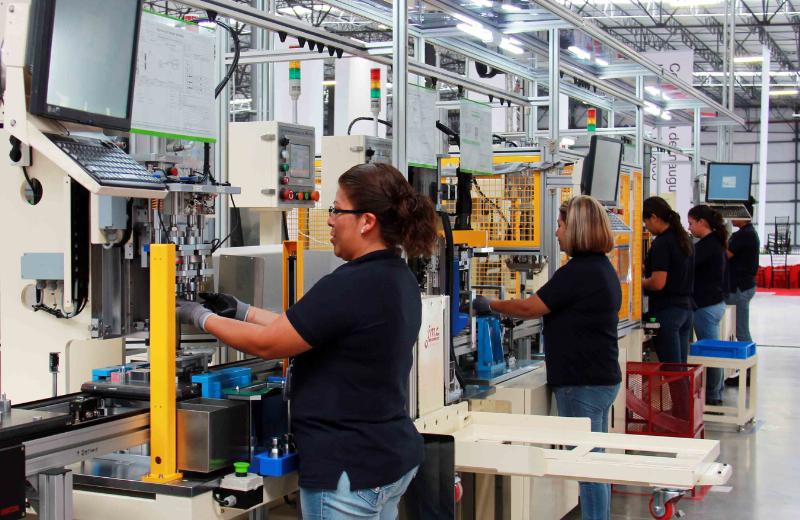 The company has produced more than 30 million units of these components as of January 2014, firmly establishing its competitive position in the global automotive components market. In 2013, it produced 7 million ABS motor units and 3 million EPS motor units. Approximately 8 percent of the more than 87 million vehicles produced globally in 2013 had an ABS motor made by LG Innotek.

LG Innotek has highlighted its advanced optical technology and quality control with the production of camera modules installed in premium car models to improve driver safety. Demand for automotive camera modules is increasing strongly and LG Innotek plans to develop camera modules for the front, back and side of vehicles as well as wraparound views and driver’s body action recognition camera modules.

LG Innotek is producing LED modules for interior and external use in vehicles. Flexible LED lighting modules can change form, while being half as thin and light as current lighting modules.

LG Innotek is dedicated to all aspects of the automotive components business from research and development to production, quality control and marketing, while focusing on promoting innovative products.

Automotive components affect the safety of drivers and passengers as well as pedestrian traffic, so quality can never be compromised. Only manufacturers with a comprehensive and integrated industry structure are able to meet the rigorous standards demanded for automotive components, including the ability to withstand temperature extremes, vibrations and shocks.

To highlight this goal, LG Innotek has obtained ISO/TS16949 certification, the automotive industry standard for quality production. This has been combined with an extensive quality control program.

LG Innotek recognizes that the future of the automotive industry lies with electronic components. In addition to motors and sensors, it is developing special components for green cars and smart cars.

ABS Motor: An ABS Motor prevents the brake pads from locking on the rotors to help maintain road traction in conditions when the vehicle could slip or spin out of control.

Torque Angle Sensor: The torque angle sensor detects the torque and angle of the steering wheel when driving changes the direction of the vehicle.