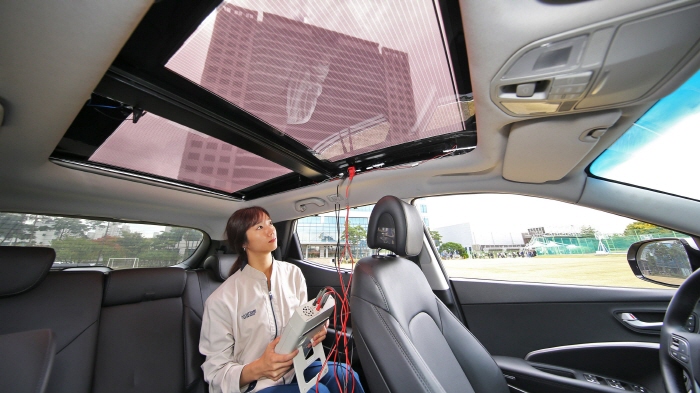 A researcher tests the function of a solar roof system installed on a vehicle at the carmaker’s R&D center in Uiwang, Gyeonggi Provnce. (image: Hyundai Motor)

The solar charging system, which will be installed on the roof of a vehicle, will help gasoline-powered, electric and environment-friendly models reduce fuel costs, the group said in a statement.

Hyundai Motor Co. and its affiliate Kia Motors Corp. aim to apply the solar charging system to environment-friendly vehicles they plan to launch after 2019, the statement said.

Hyundai and Kia together form the world’s fifth-biggest carmaker by sales. They are key affiliates of Hyundai Motor Group.