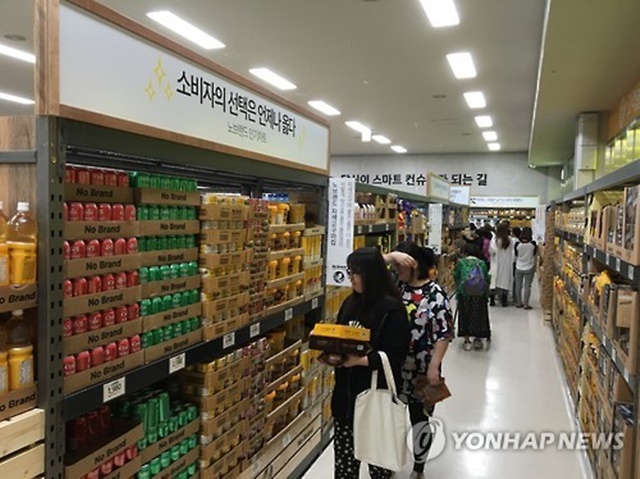 E-Mart explained that it will attract customers to the traditional market by collaborating with a neighborhood grocery store, in the same way as the Dangjin Fish Market’s No Brand Store demonstrated the potential of a win-win model combining a traditional market and E-Mart.

E-Mart is planning to rent 432㎡ (210 pyeong) of Hwain Mart’s 2,314㎡ (700 pyeong) total floor space, and will use the area for its No Brand Win-Win Store (145 pyeong), a children’s Hope Playground (45 pyeong) a customer lounge (20 pyeong), and other facilities. Anseong Traditional Market has struggled to attract customers as of late.

Currently, the entire second floor is vacant, and the 110 store owners with retail space located on the first floor are also struggling financially. The new No Brand Store will not sell fresh food, domestic liquor, cigarettes, and other similar products, so as not to impact the business of other store owners in the market.