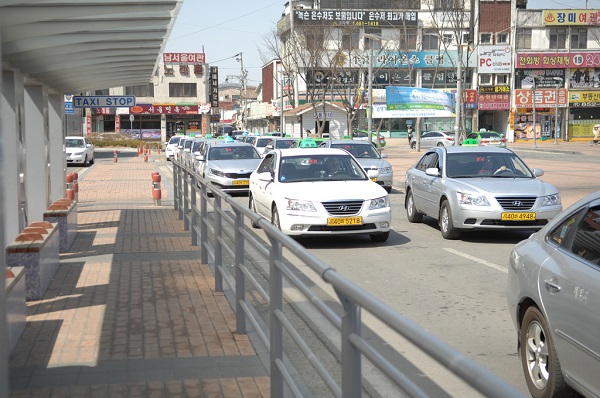 Taxi drivers who registered themselves on Uber can carry passengers for a fee. (image: USAG- Humphreys/flickr)

SEOUL, Oct. 24 (Korea Bizwire) – Uber eventually starts to run a taxi service called UberTaxi from October 23 in Seoul. Uber has been right in the center of controversies in many countries for its allegedly unlawful activities.

Taxi drivers who registered themselves on Uber can carry passengers for a fee. The drivers and the passengers can check each other’s information through the app and comment on each other’s activities.

Allen Penn, the head of Hong Kong-based Asia operations for Uber, said, “Taxi chauffeurs in Singapore, Tokyo and Hong Kong boost their business by 30 to 40 percent by utilizing the Uber platform. Seoul drivers also can do so.”

SEE ALSO: Seoul and Uber in Collision Course on Legitimacy of Uber Service

Until the service is vitalized, the service provider is going to support 2,000-won oil subsidies to the drivers, and exempt fees for customers.

Uber, providing a service to connect chauffeurs and customers through its application, entered the Korean market in last August. Its other services such as UberBlack, offering a limousine service, and UberX, encouraging car-sharing, has created a lot of controversies in Seoul.

The Ministry of Land, Infrastructure and Transportation imposed fines to the drivers who operated their cars for a fee using the app. The Seoul Metropolitan city government recently asked the Korea Communications Commission to stop the Uber app, but failed to do so since it is not so clear to conclude that it is in violation of the current law.

“We made agreements with the drivers, which means it is not illegal. We are also ready to run UberBlack and UberX,” Mr. Penn added.