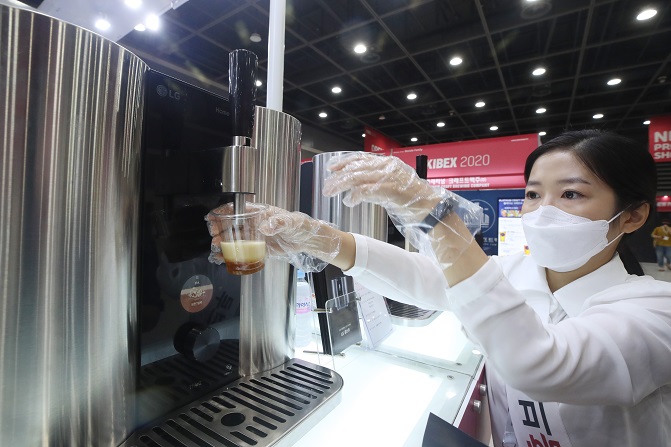 SEOUL, Sept. 16 (Korea Bizwire) — LG Electronics Inc. said Wednesday that sales of its new homebrewing machine have been brisk in South Korea since its launch in July, apparently taking a boost from the pandemic-driven stay-at-home trend.

The tech firm said LG HomeBrew sales between July and August jumped 50 percent compared to a year earlier, though it didn’t provide exact sales figures for the two-month period.

In particular, sales of the craft beer-making machine quadrupled in July from a year ago, according to LG.

The 2020 model of the LG HomeBrew was introduced in July with a price tag of 1.99 million won (US$1,690) in South Korea, which is half of the price when the machine made its debut in the market last year.

The kitchen gadget makes beer out of capsules containing malt, yeast, hop oil and flavors. Its algorithm controls temperature and pressure to maintain a stable quality of beer, and the machine cleans itself after dispensing.