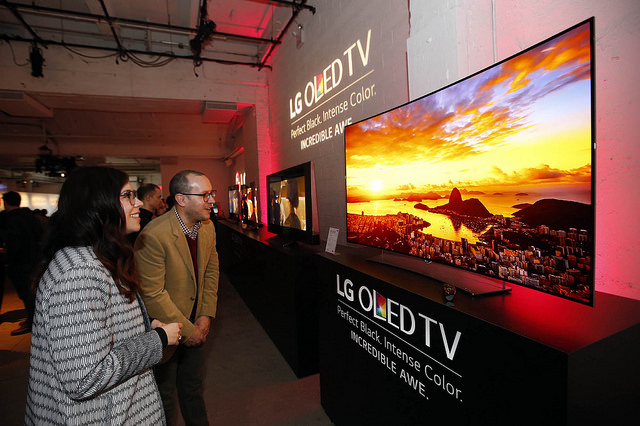 LG unveiled the Ultra OLED TV and Super Ultra HD TV before the press at a launch event held in New York, the company said in a statement.

The Ultra OLED TV and Super Ultra HD TV are the latest 2015 models that were showcased in Seoul in late February. The debut of these two models in the U.S. follows a launch of a high-end TV lineup by rival Samsung Electronics, which took place at the Rockefeller Center about a week ago.

Quantum dot has emerged as a next-generation display material as it lowers production costs for manufacturers. Samsung and LG have been in a tight race to take the lead in the advanced display technology.

“We will step up efforts to lead the premium market in North America, with our superior display recognized by the world and media content provided through Web OS 2.0,” said Cho Ju-wan, the head of LG Electronics’ U.S. division.