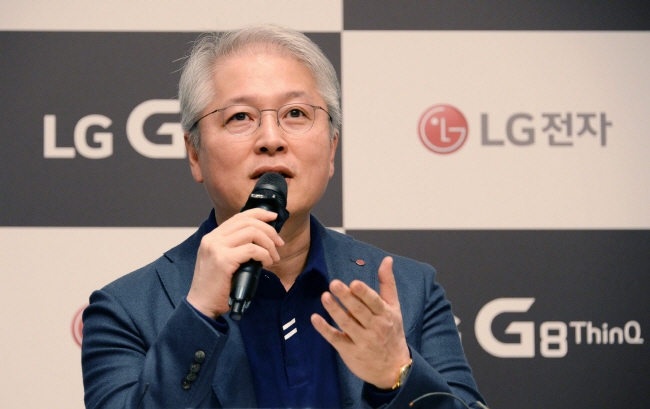 The South Korean electronics maker said it will unveil its V50 ThinQ, which runs on 5G, and its 4G-based G8 ThinQ during the Mobile World Congress (MWC), the world’s largest mobile show, slated for Feb. 25-28 in Barcelona.

While LG has previously launched the G series in the first half of the year and the V series in the second half, the company has changed its strategy this year to launch them at the same time for better positioning in the fast-changing mobile market.

“We will make meaningful changes with unique phones that provide differentiated value for customer needs, staying away from the competition for the best specifications,” Brian Kwon, the head of LG Electronics’ mobile communications division, said in a press briefing held at LG Science Park in western Seoul on Friday.

“I think the wireless communication service’s shift from 4G to 5G is giving LG Electronics an opportunity to utilize its strength in the changing market.”

The V50 is the company’s first 5G phone and is set to debut in time for the commercialization of the ultra-speed network in South Korea and the United States in the first quarter.

LG has used vapor chamber technology to better disperse heat from the 5G phone and given it 4,000 mAh batteries for longer operating times. 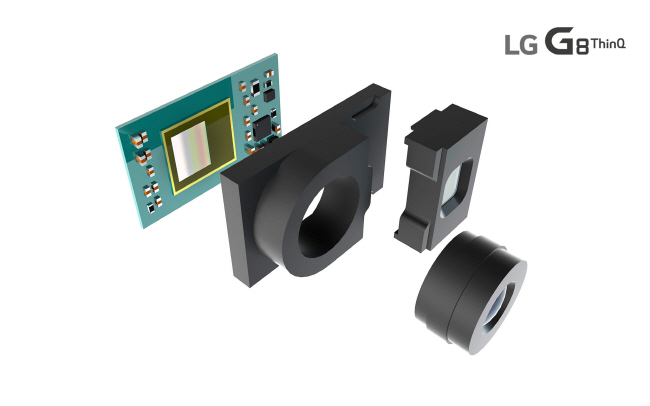 The G8 will feature a front-facing camera based on 3D technology to offer enhanced security and to support advanced applications while using time-of-flight (ToF) technology co-developed by German semiconductor maker Infineon Technologies.

The 4G flagship phone utilizes its OLED display as an audio amplifier for better sound quality during playback.

LG said it will provide “new form factors best optimized for 5G service” and that it will a launch dual display smartphone along with a 5G phone.

In regard to the prospect of new form factors, Kwon, who doubles as the head of the home entertainment division, said the company is ready to release any type of phone using its expertise in advanced screen technologies.

“We will closely track new market trends in the first half to see whether there is enough consumer demand for new form factor phones,” the executive said. “With LG’s displays, we are ready to release foldable, rollable or dual display phones anytime depending on market trends.”

LG’s local rival Samsung, meanwhile, is expected to take the wraps off its first foldable phone next week, with China’s Huawei due to take a similar step.

In the first media gathering since taking office in November, Kwon vowed to change LG smartphone’s brand image to turn its sluggish mobile business around.

“Consumer perception has greatly improved since the LG G6,” Kwon said. “But LG smartphones have been perceived as not so different from other products. We will put all available resources into enhancing consumer value to make a leap forward.”

LG has struggled in the smartphone market for years as it has been sandwiched between Samsung Electronics and Apple in the high-end market and Chinese manufacturers in the lower-end segment. The mobile division has been posting losses since the second quarter of 2017.