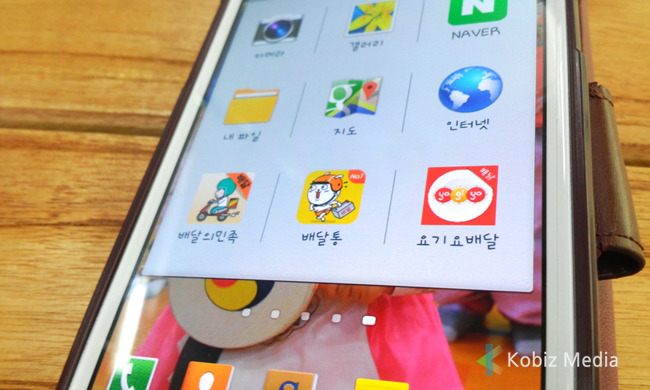 As the complaints of restaurant owners against the high commission are mounting, the app operators began to reduce their fees. (image: Kobizmedia/ Korea Bizwire)

SEOUL, Aug. 18 (Korea Bizwire) – Korea is famous for fast and convenient food delivery. At any time, people can enjoy delivered food like fried chicken, Chinese food, Korean food and even instant ramen, to just name a few. In this already lucrative food delivery market, high-tech food delivery apps are pouring fuel for more demands by making it possible to order delivery with a few clicks.

Currently, Korea’s delivery food app market is estimated to soar high to one trillion won market, while three major operators like Baedal Minjok, Yogiyo and Baedaltong are taking more than the 90 percent share of its entire industry.

However, restaurant owners see the rising web-based food delivery services with mixed feelings. In one hand, the apps boost the demand for the food delivery with easy-to-order features and their own advertisement platforms. In the other hand, the apps are burdening the owners with high fees or commissions to the service providers.

Kim Jae-deok, who is running a franchised chicken restaurant in Daehak-ro in Seoul for more than 5 years, told Korea Bizwire, “Since last December, I have parlayed the fame of Baedal Minjok and Yogiyo into our business. After I worked with them, the number of orders has increased by about 30 percent. The apps really help in operating my shop.”

“However, as I am profiting from selling a chicken, the orders from the apps are not profitable. After the commission of 1,500 – 2000 won per chicken, almost nothing remains,” he sighed.

Kim is paying approximately 30,000 won a month for a food delivery app, which includes being listed on the app. In addition, he must pay an additional 13 -20 percent of each order as a commission fee. Also, he is charging an extra advertisement fee to feature his shop on the front page of the app.

“Given that situation, using the web-based food delivery services does not guarantee a rise in profits. They are likely to extort all the money I earned from frying hundreds of chickens in the hot summer,” he complained.

Baedal Minjok, the largest operator in app downloads, is now projecting a differentiated commission policy by the ways of ordering. When restaurants receive orders through its call center, it takes 13.8 percent of commission. But, when they receive the orders through its order-taking terminals, its commission falls as low as 9.9 percent. On top of that, the installation fee is free to encourage restaurants to take advantage of the terminals.

Meanwhile, Yogiyo has no such plan to reduce its commission. An official at Yogiyo said, “When you see the commission rate itself, ours seems higher than other operators. However, we do not require additional advertisement fees.  90 percent of approximately 40,000 restaurants have been keeping their membership since our operation in 2012, which shows that they are satisfied with our services.”