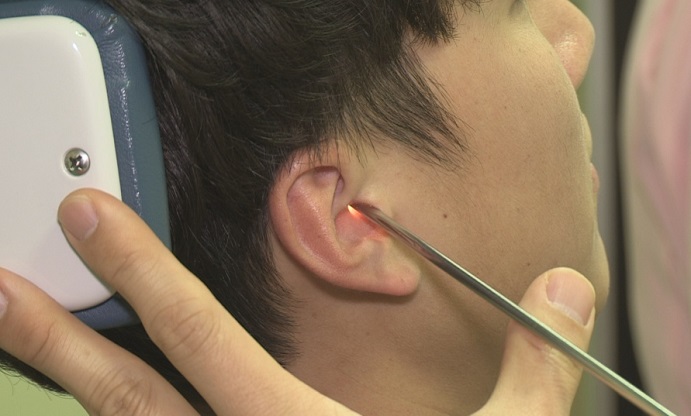 The research team applied a trapezoid-shaped piezoelectric film that vibrates in certain parts depending on frequencies to the sensor. (Yonhap)

A research team from the Korea Advanced Institute of Science and Technology (KAIST) announced Monday that they had developed a voice recognition sensor designed after a human cochlea, and are taking steps for commercialization.

A trapezoid membrane in the cochlea causes resonance phenomenon, amplifying sounds to allow the human ear to recognize sound from a distance.

Similarly, the research team applied a trapezoid-shaped piezoelectric film that vibrates in certain parts depending on frequencies to the sensor.

Once a sound vibrates the film, the resonant phenomenon that ensues generates a highly sensitive voltage signal.

The research team built on a similar concept proposed in 2018 to successfully create a prototype.

With 90 percent accuracy, the sensor is capable of identifying the speaker with less voice data than conventional systems.