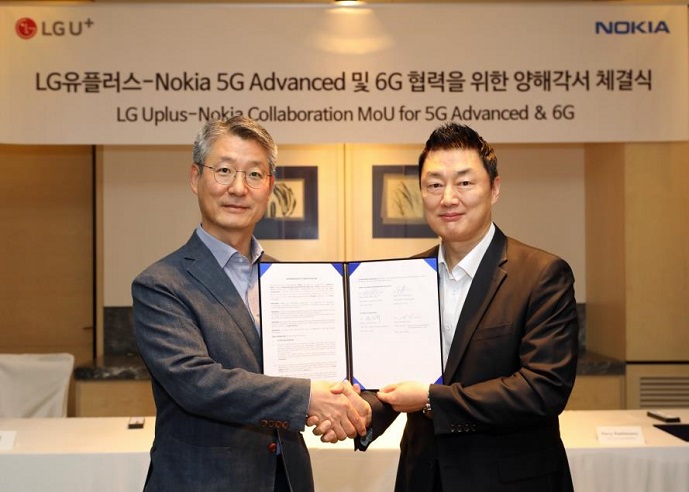 This photo provided by LG Uplus Corp. on July 6, 2022, shows Kwon Jun-hyuk (L), the company’s head of network division, and Kevin Ahn, head of Nokia Korea, at the companies’ memorandum of understanding signing ceremony held at a hotel in Seoul the previous day.

According to LG Uplus, the two signed a memorandum of understanding Tuesday, calling for R&D cooperation in areas of 5G Advanced, an enhanced specification of the current 5G wireless technology, and the 6G standard currently in development.

In particular, they plan to join hands for research on the expansion of network structures, bandwidths and service zones.