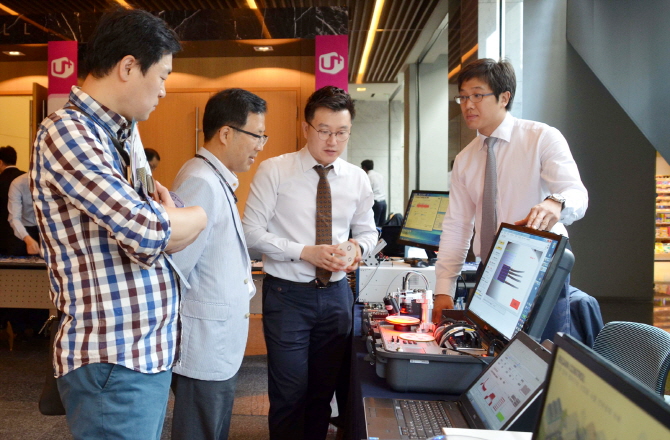 LG Uplus said it will seek to open its platforms to partners and developers, and help them join the IoT industry easily, hoping this will help them create new opportunities from servers to devices. (image: LG Uplus)

SEOUL, Sept. 22 (Korea Bizwire) — South Korea’s No. 3 mobile carrier LG Uplus Corp. said Tuesday it plans to establish what it calls an open-based Internet of Things (IoT) ecosystem in partnership with domestic and foreign firms, as the industry continues to rise as the new battleground for mobile carriers.

LG Uplus said it will seek to open its platforms to partners and developers, and help them join the IoT industry easily, hoping this will help them create new opportunities from servers to devices.

The mobile carrier unveiled the plan at a global forum on animating IoT business and services, which brought together some 300 officials from global ICT companies and experts.

The segment has been rising as a new area of focus in South Korea, as the three main mobile carriers have been struggling to win the upper ground in developing the core technologies of IoT.

LG Uplus added that its LTE Open Innovation Center (LOIC), which first kicked off in 2011, will also continue providing necessary support to partners to materialize IoT-related ideas by helping in various ways, including marketing, sales or raising funds.

Qualcomm Inc. added the concept of the IoT is anticipated to continue to grow to what it calls the Internet of Everything (IoE).