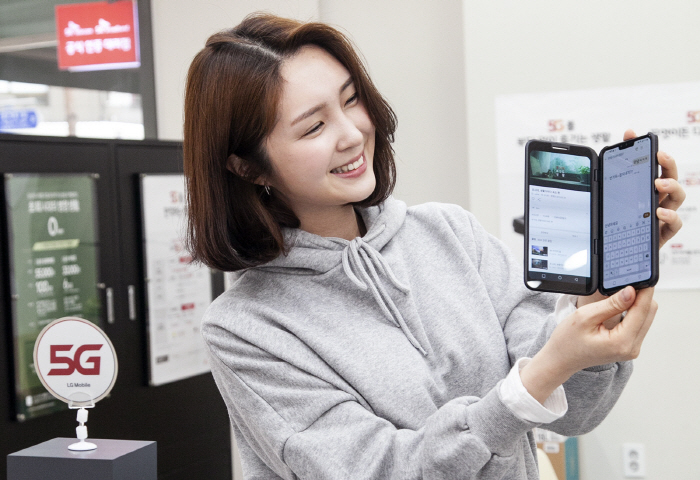 It is the second 5G phone in South Korea, following Samsung’s Galaxy S10 launched on April 5 with a price tag of 1.4 million won.

According to industry officials, the nation’s carriers offer subsidies ranging from 330,000 won to 770,000 won to attract subscribers to the premium 5G package, which would cut V50′s retail price as low as 310,000 won when combined with other promotions.

Those who buy the phone by the end of June will also get a free detachable second screen, which is designed to offer better multitasking experiences, the firm said.

LG has been exploring ways to reverse the fate of its sluggish mobile business, which has posted operating losses for eight consecutive quarters.

Last month, the electronics maker decided to move its smartphone factory in South Korea to Vietnam as part of cost-cutting efforts amid mounting losses in the mobile division.