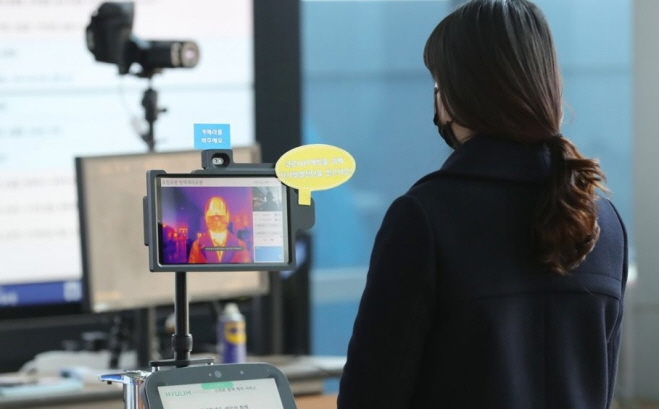 SEOUL, April 20 (Korea Bizwire) — The coronavirus pandemic is propagating rapidly across the globe, boosting the popularity of so-called “untact” services, and promoting Fourth Industrial Revolution technology based on artificial intelligence.

Many companies have been increasing spending on automation, including robot purchases, in light of the pandemic.

The International Federation of Robotics estimates that there are 774 industrial robots per 10,000 employees installed in South Korea, which has a higher automation rate than the European average of 114 robots, Germany at 338 robots, and Japan at 327 robots.

Industry watchers predict the COVID-19 outbreak will further speed up production automation for companies around the world.

Robots are also rapidly being introduced to complete office work.

It is all possible in part as more and more employees are working remotely outside of the office and there has been a notable increase in non-face-to-face interactions.

RPA can handle repetitive tasks performed by people on computers, increasing productivity and reducing the burden of employee management triggered by telecommuting.

LG Electronics Inc., a major South Korean home appliance maker, is planning to apply RPA technology to 900 businesses by the end of this year.

At b;eat, robots complete the entire process, from ordering to pick up, as a non-face-to-face unmanned service. 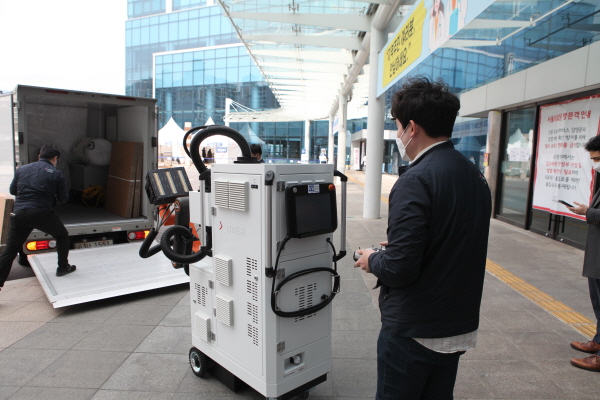 Telemedicine, which used to be illegal in South Korea, has also been allowed temporarily, allowing patients to receive diagnosis and prescription only by phone as the coronavirus outbreak drags on.

In the meantime, it should be noted that countries around the world are conducting “basic income” experiments as more and more people are losing their jobs as the pandemic spreads.

American IT entrepreneurs, including Microsoft founder Bill Gates and Facebook CEO Mark Zuckerberg, have argued that workers should be provided with “basic income” as robots replace human jobs and compensation for employees decreases.

Such remarks were considered to be “radical,” but the coronavirus has upended conventional wisdom.

As the number of people losing their jobs to COVID-19 has soared, countries around the world are paying basic disaster income to boost consumption and protect citizens.

Emergency disaster support is also being paid to the bottom 70 percent of income earners in Korea.

“The COVID-19 pandemic that has pushed the entire world into pain is paradoxically speeding up the Fourth Industrial Revolution,” an industry source said. “It will be a completely different world before and after COVID-19.”