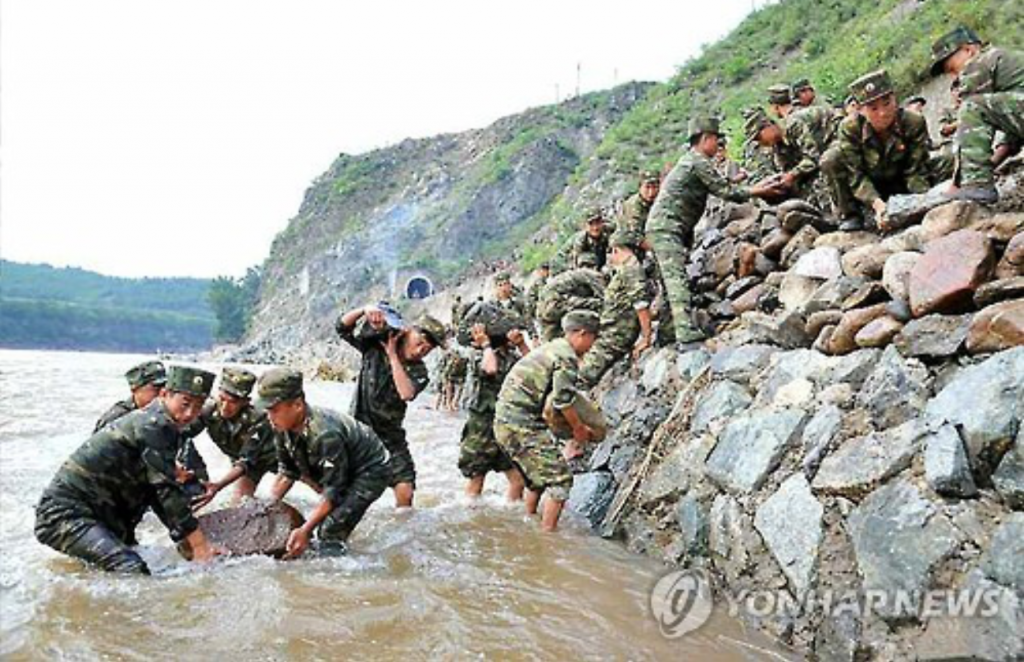 Typhoon Lionrock struck the North Korean region at the end of August, causing massive floods and resulting in an estimated 130 deaths and leaving 400 missing. (image: Yonhap)

According to an unnamed source from the region, a vice principal at Songhak High School in Hoeryong city ordered his students and teachers to recover the portraits from the flood, prompting  seven staff members and six students to jump in, never to return.

All homes, schools, and buildings in North Korea are to hang the portraits in their rooms, and while safeguarding them in cases of emergency such as a flood or fire is considered a brave display of heroism by the government, those failing to do so can be subject to punishment.

For this reason, the vice principal gave the reckless order in fear of potential retribution, which resulted in the tragic event, said the source.

“If it wasn’t for the vice principal’s command, they could have avoided being killed,” the source added. “It’s ultimately this competition for loyalty, forced by the state, which drove them to their deaths.”

Typhoon Lionrock struck the North Korean region at the end of August, causing massive floods and resulting in an estimated 130 deaths and leaving 400 missing. At least 600,000 people are believed to have been affected, with 30,000 homes destroyed.