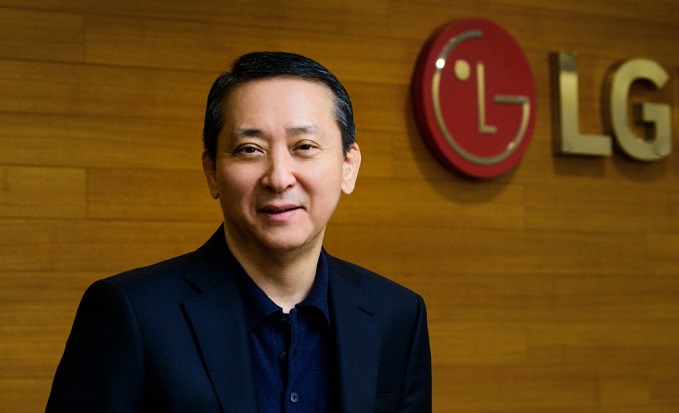 Kwon Young-soo, who has been tapped as the new CEO of LG Energy Solution Ltd., is seen in this file photo provided by LG on March 20, 2020.

LG Energy said it named Kwon as the next CEO at a board meeting and will convene a shareholders’ meeting next Monday for official approval.

“Vice Chairman Kwon has a deep understanding and insight in the battery business, and is an executive who can give trust to stakeholders, including clients and investors,” the company said in a press release.

Kwon will be replacing Kim Jong-hyun, who is apparently stepping down as he takes responsibility for the battery recalls. LG Energy and LG Electronics have set aside 1.4 trillion won (US$1.2 billion) to repay GM for the recalls of Bolt EVs caused by battery defects.

LG Energy also cited “the important turning point” at which it stands, with the orders received valued at 200 trillion won and a string of joint venture projects under way with major global automakers.

Kwon, 64, spearheaded LG Chem’s battery division from 2012-2015, during which he played a key role in elevating the company to a top-tier level in the global midsized to large battery market.

He is also known for the leadership and management skills he has shown during the years he served as a top executive at LG Electronics Inc. and LG Display Co., according to LG.

Since 2018, Kwon has been serving as vice chairman and chief operating officer of LG Corp., the holding company of LG Group, assisting LG Group Chairman Koo Kwang-mo in the efforts to bolster core businesses and design a path for future growth drivers.

With the incoming new CEO, LG Energy is expected to be able to forge ahead with its plan for initial public offering (IPO).

LG Chem, the parent company of LG Energy, said in its third-quarter earnings conference call it has submitted the application for preliminary examination for listing to restart the IPO process, as the GM recall issues have been settled.