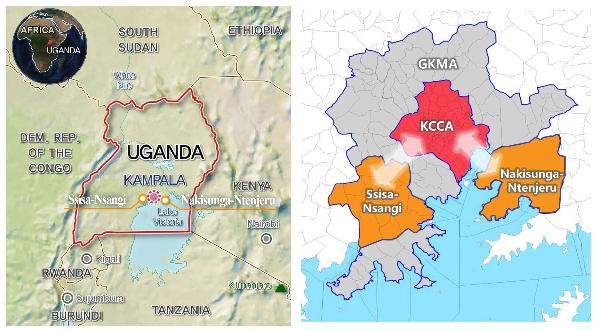 LH announced on February 23 that its consortium won an order to select the site of a new city adjacent to Kampala, which will be developed by the Africa Development Bank (AfDB). (image: LH)

SEOUL, Feb. 24 (Korea Bizwire) – The Korea Land and Housing Corporation (LH) has been chosen to find the best location for a new city development project in Uganda.

LH announced on February 23 that its consortium won an order to select the site of a new city adjacent to Kampala, which will be developed by the African Development Bank (AfDB). LH owns a 20 percent stake in the consortium, with the remaining 80 percent held by Seoyoung Engineering, a Korean builder.

Although the guarantee money is only US$424,000, it is meaningful in that it is the first time for LH to win a bid from a multilateral development bank (MDB) like the AfDB. After fulfilling the contract, LH plans to join the master-planning bid, which the Korea International Cooperation Agency (KOICA) will implement as an Official Development Assistance project.

MDB projects are considered risk-free profitable contracts with stable financing. In addition, winning contracts of this type can contribute to boosting a company’s international reputation. However, thus far, an insignificant number of Korean companies have won MDB contracts, due to a lack of accumulated achievement, and limited bidding knowledge and expertise.