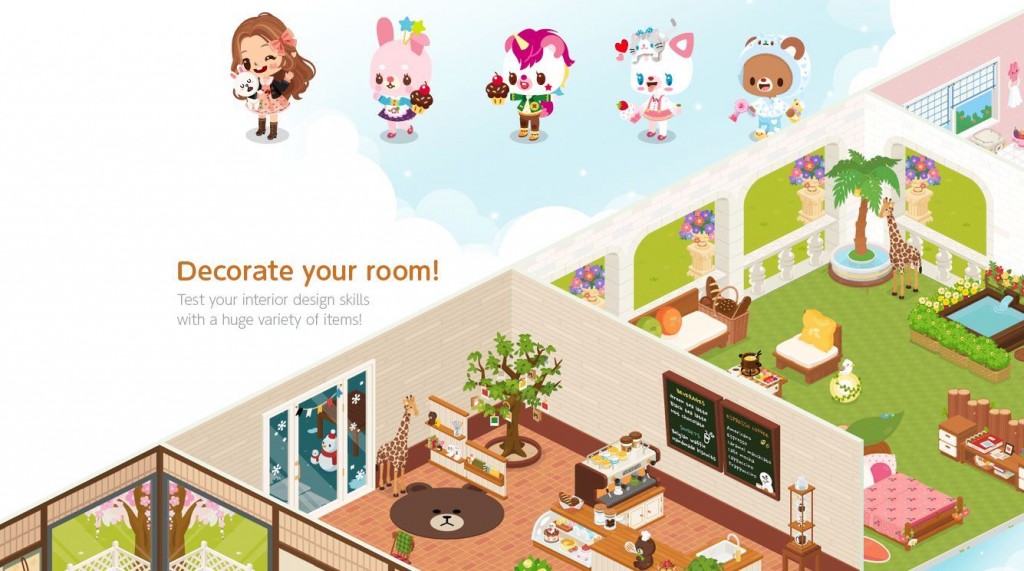 LINE PLAY is an avatar creator and suite of virtual environments that users can customize and use to communicate creatively with their family and friends. (image: LINE Corporation)

LINE PLAY is an avatar creator and suite of virtual environments that users can customize and use to communicate creatively with their family and friends. In addition, users can make their avatars perform unique actions, join chat rooms, and attend special events.

LINE PLAY was originally introduced in Japan in November of 2012, and released worldwide in February of the following year. The user base has increased dramatically in countries such as America, Taiwan, Thailand, and Indonesia, and LINE PLAY has achieved the top ranking in both the App Store and Google Play’s Free App category in seven different countries.

In addition to the increasing user base, the amount of communication via LINE PLAY has skyrocketed. Since November 2012, Hearts, which are used as a form of greeting between avatars, have been used over 5 billion times, and the Diary function, where players can post pictures and text, has been used over 7 million times.

In March of this year, official avatars and rooms were introduced for celebrities, companies, and popular characters. In total there are 21 official avatars on LINE PLAY, including Hello Kitty and Panasonic, who are able to communicate with regular users via their own avatars, offering an innovative way for them to interact with their fans.

With this update, LINE PLAY is introducing a new function that lets players recycle old or unwanted items for Gems, the in-game currency. Through the introduction of new functions and improved services, LINE PLAY hopes to innovate the concept of avatar communication and continue expanding its worldwide user base.

About LINE LINE is a smartphone app which allows users to enjoy free calls and messages to one another, both nationally and internationally, regardless of which mobile network provider they are using. Launched in June 2011 by NHN, LINE has more than 260 million users worldwide. It has also been ranked no. 1 in 55 countries in the free app category including Japan, Singapore, Hong Kong, Taiwan, Thailand, Malaysia, Macau, Saudi Arabia, Kuwait, Bahrain, United Arab Emirates, Qatar, Jordan, Israel, Switzerland, Turkey, Ukraine, Cambodia, Kazakhstan, Russia, Belarus and Latvia. LINE carries various unique features such as ‘instant translation service,’ 334 ‘Official Accounts’ that enable users to interact with famous public figures, ‘Timeline and Home’ to share recent updates with friends, ‘Shake it,’ a fun way of exchanging ids and many ‘Emoji/Stickers/Emoticons.’  For more information visit: http://line.naver.jp/en/.

Copyright: © 2013 NHN Corporation. All rights reserved. NHN, LINE logo are trademarks and/or registered trademarks of NHN Corporation in Korea and other countries. Other company and product names may be trademarks of the respective companies with which they are associated. Features, pricing, availability, and specifications are subject to change without notice.