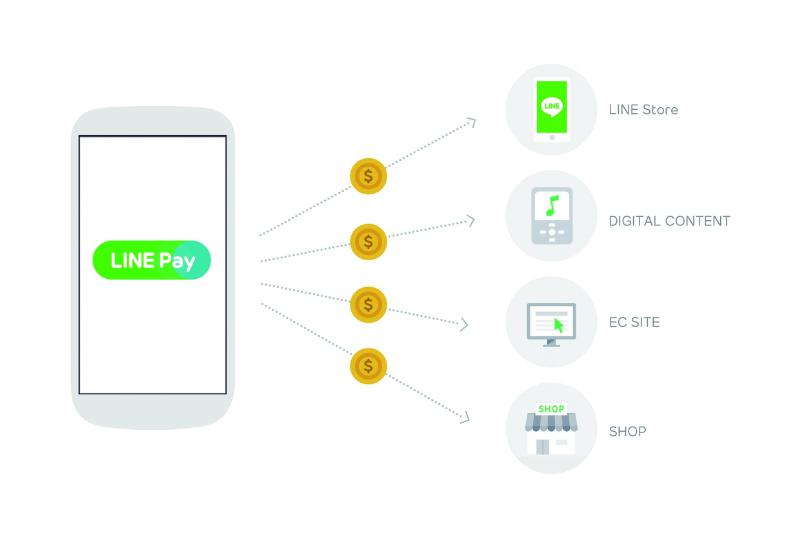 LINE Corporation announced the release of a new update for the app, version 4.8. Included as a new feature in this update, the mobile payment service “LINE Pay” has now been released globally. (image: LINE Corp.)

TOKYO, Dec. 16 (Korea Bizwire) – LINE Corporation, owner and operator of the free call and messaging app LINE, today announced the release of a new update for the app, version 4.8. Included as a new feature in this update, the mobile payment service “LINE Pay” has now been released globally.1

LINE is used in a variety of scenes throughout users’ daily lives, and by capitalizing on the LINE platform, with its impressive user base, LINE Pay’s release will provide a means through which users can make secure and convenient payments anytime, anywhere, straight through their smartphone.

LINE Pay is a mobile payment service that lets over 170 million monthly active LINE users (on iPhone or Android) make payments for affiliated services or at affiliated shops in an easy and convenient way, regardless of their carrier or OS. Starting from today, as part of the first step of the service, users can register their credit cards2 and purchase a variety of paid content such as LINE stickers for both LINE and LINE family apps through the LINE Store (https://store.line.me). To celebrate the release of LINE Pay, for a limited time all charges on the LINE Store made through LINE Pay payment will receive up to a 25% bonus added to their balance.

LINE Pay lets LINE users easily make payments straight from their smartphones and the service aims to expand its options and increase the convenience offered to users by holding a variety of promotions and upgrading its service to include more offline shops, and in the future eventually adding global features like enabling LINE users to send money to each other, proposing a new future for mobile payment as a means of settlement.

About Security
In order to use LINE Pay, a separate and exclusive password is required that differs from the password used for LINE. Also, when using payment and other money-transferring features, logging into LINE Pay on a new device, or if the user has changed their device for some other reason, the user must enter their LINE Pay-exclusive password, preventing the LINE Pay features from being used even if a LINE account is logged in to by a third party. In order to maximize its strengths as a mobile service, users will be required to verify their LINE account on their smartphones each time even when making payments on the PC site, making it nearly impossible for an unauthorized third party to fraudulently use the service. Apple Touch ID verification is also used (iPhones only) to view the user’s password and also for smartphone verification when using the PC site. LINE also utilizes a monitoring system to detect and report accounts that are suspected of illicit activity and will work to ensure a safe and secure payment service for its users. LINE Pay will comply with the standards of financial institutions and the LINE Pay Corporation3 will manage its service to ensure the financial security of all of its users.

About LINE Corporation
LINE Corporation is based in Japan and develops and operates the LINE app for smartphones. Since launching in June 2011, the LINE app has grown into a global service used in 230 countries, ranking first in the free app category in 60 countries. LINE offers free one-to-one and group messaging, as well as free domestic and international voice and video calls. LINE also includes a wide array of social elements such as fun and expressive stickers, a personal Home, a Timeline, and numerous LINE family apps, including LINE games and LINE camera. For more information about LINE, please visit http://linecorp.com/en/.

1 Not released in China or South Korea. Countries and regions outside of Japan can only use the credit card-integrated payment features at the time of release.
2 Currently only American Express, Diner’s Club, JCB, Master Card, and Visa cards can be registered. There is no limit to the amount of credit cards that can be registered and support for more will be added in the future. The only credit card information that will be saved by LINE is an identification code.
3 The LINE Pay service will be operated by LINE Pay Corporation, a subsidiary of LINE Corporation. Payments will be processed by LINE Pay Corporation in conjunction with other institutions.