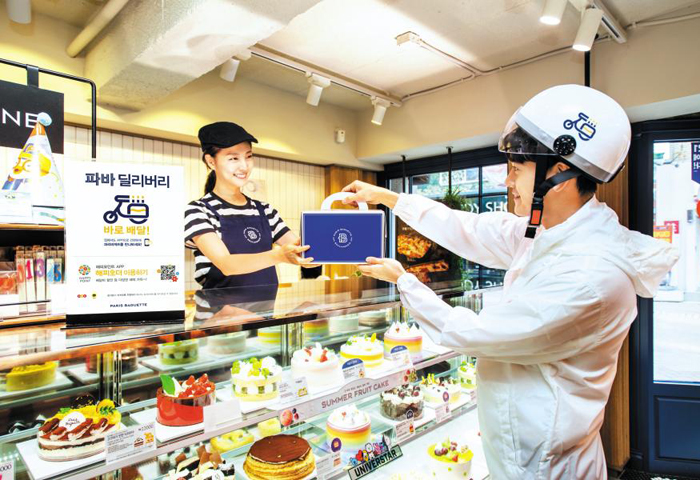 SEOUL, Dec. 9 (Korea Bizwire) — With the continued growth of the delivery market, which is a hot topic in the food and restaurant industry, the era of consumers receiving bread delivered from bakeries near their homes to the front door has begun in earnest.

Paris Baguette, the flagship bakery brand of South Korea’s SPC Group, has had 2,758 stores participate in the delivery service “Paris Baguette Delivery,” which was introduced through its own app “Happy App” in September last year.

The figure represents a 75 percent increase from 1,580 last year.

Specifically, by item, sandwiches and salads, considered meal substitutes, accounted for more than 20 percent of all sales as of October.

Meanwhile, another bakery giant, Tous Les Jours, a bakery franchise owned by the South Korean food conglomerate CJ, entered the delivery market in earnest in September of this year in partnership with delivery app Yogiyo.

The number of stores offering delivery has been on a steep rise from 300 in September to 440 as of last month.

“Sandwiches and bread that can replace meals and provide substantial nutrition are very popular,” CJ added. “We are planning to increase the number of stores that can provide delivery service in the future.”