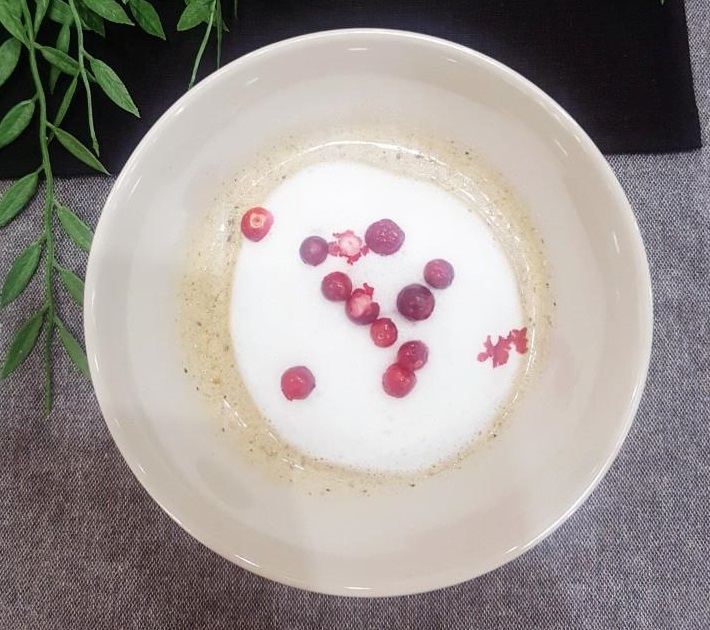 The Finnish Tourist Board held a press conference yesterday at Space M in the Hongdae district to introduce efforts by Finns to bring natural foods to the dining table.

Nature is at the center of the Finnish diet and generally, Finnish restaurants make full use of fresh ingredients sourced locally.

Many Korean tourists, recognizing the efforts that the Finns put into in creating foods that are sustainable and in balance with nature, have naturally begun to turn their attention to Finland as a travel destination.

The various food festivals in Finland add to the experience. For example, anyone can be an owner of a restaurant on “Restaurant Day” when various food booths line the streets.

The Helsinki Baltic Herring Market is a tradition that has been held since 1743. At yesterday’s event, Finnish star chef Jouni Toivanen created a special dish for the members of the press.

Toivanen is at the forefront of the recent “naturalistic” food trend, becoming widely known for using modern cooking techniques to treat organic foods.

“I think that more people are heading to Helsinki for food tours because chefs in Helsinki use fresh and high-quality organic ingredients,” said Toivanen, who went on to say that he hoped more people would have the chance to taste various traditional foods in Finland.

An official from the Finnish Tourist Board said that Korean visitors are accustomed to various foods, and that “they seemed to be looking for something new but still natural.”

In this regard, “Finland is the most appropriate tourist destination,” said the official.

Eero Antero Suominen, the Finnish Ambassador to South Korea, who was also present at the event, was proud of the four distinct seasons of his country, which “allow for a variety of food ingredients.”

The ambassador also noted that food safety was regarded as a priority by the Finns, with the use of antibiotics limited in growing food sources.

“People of Finland are interested in a food culture that is sustainable,” said Suominen.

According to the Finnish Tourist Board, the number of Korean tourists that visited Finland between January and July of this year grew by 30 percent compared to the same period last year.

Korean visitors to Finnish Lakeland increased by a staggering 400 percent from last year.