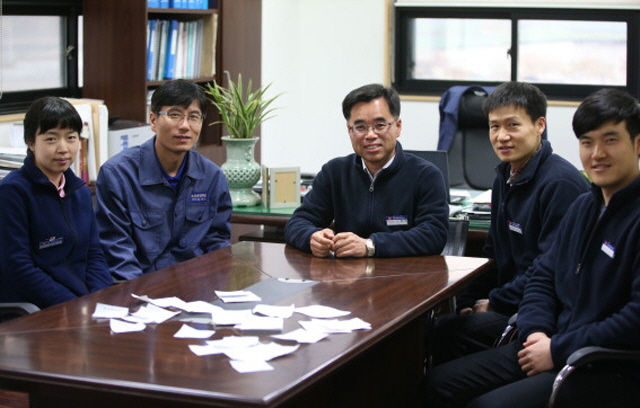 The company said it will give 10,000 won to each employee, worker at subcontractors, and their families who vote in the May 9 presidential election. (image: Yonhap)

CHUNGJU, Apr. 27 (Korea Bizwire) — A local firm said Wednesday it will again pay cash to its employees and their families who vote in the May 9 presidential election, as part of efforts to boost the voter turnout.

Bosung Power Technology Co., based in Chungju, 147 kilometers southeast of Seoul, said it will give 10,000 won (US$8.87) to each employee, worker at its subcontractors, and family member of workers if they participate in the upcoming election.

The company has been running the system since 2003 in order to encourage its employees to exercise their sovereignty, it said.

Unlike in previous elections, the cash reward for families will double to 10,000 won starting in this year’s election, the company said.

Bosung Power Technology’s voting rate for last year’s general elections was 95.4 percent, it said. The national turnout was 58 percent. The company’s turnout for the previous presidential election in 2012 reached 88.4 percent, also higher than the national rate of 75.8 percent.