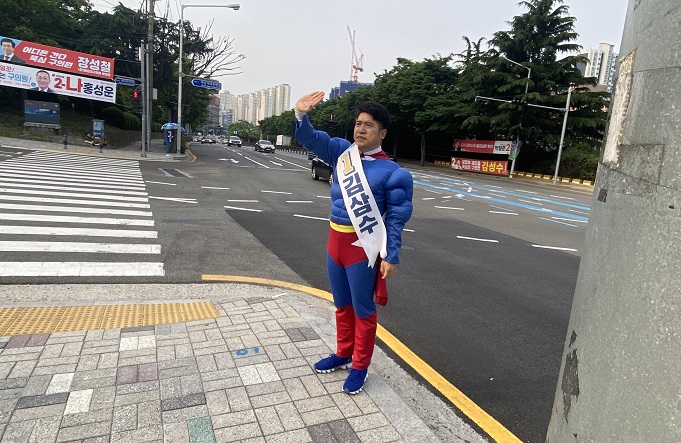 BUSAN, May 20 (Korea Bizwire) — On the first official day of campaigning for the the June 1 local elections and parliamentary by-elections, candidates were seen engaging in a variety of unique strategies to attract voters.

Kim Sam-soo, the main opposition candidate for a local council election in the southern port city of Busan, was seen in a Superman costume, meeting with local residents.

“I’m wearing this costume to express my will to solve problems like Superman,” Kim said.

Kim Ji-hong, an independent candidate for county representative, was seen in a Spider-Man costume during the campaign.

“We were thinking of a way to promote my candidacy as a young representative, and thought of our favorite neighbor Spider-Man,” Kim said. 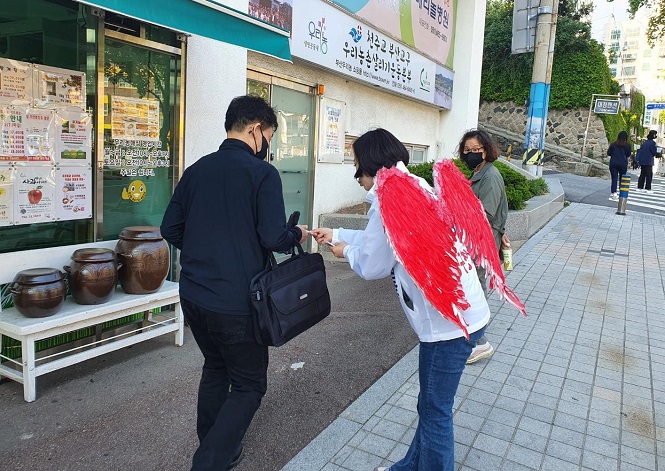 “A phoenix burns up before it is reincarnated. I am willing to throw myself in the fire to fight injustice and for the district,” Yoon said.