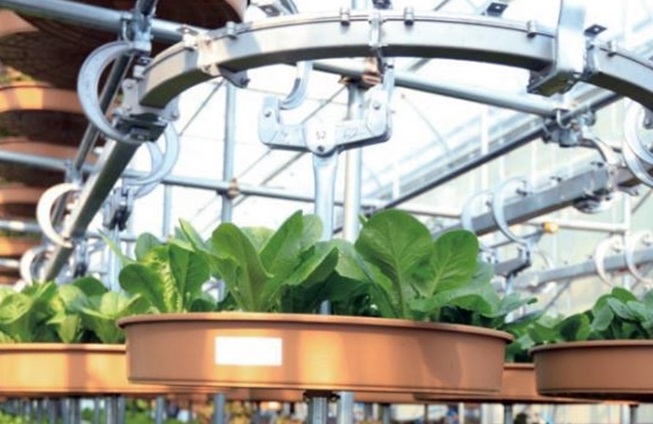 The workers can sow, harvest and check the nutritional state of the crops easily without having to move. (image: Korea Wheel)

BORYEONG, Oct. 3 (Korea Bizwire) — An innovative smart farm system has been developed that allows workers to cultivate and harvest crops and vegetables from the comfort of a chair or while standing up without the need to move around inside a greenhouse.

Trolley conveyors, which are used primarily on automotive wheel production lines, are a series of trolleys supported by an overhead track.

The company hung plate-type trays on the trolley conveyor belt, allowing crops to be planted in the trays.

Since the trays continue to move on the trolley conveyor belt, the workers can sow, harvest and check the nutritional state of the crops easily without having to move.

The space utilization of greenhouses using this system is up to 18 times higher than in conventional greenhouses of the same size.

Company officials said that the new system is beneficial for the growth and development of crops since the conveyor belt line can move up and down and right and left, ensuring that crops are evenly exposed to sunlight.