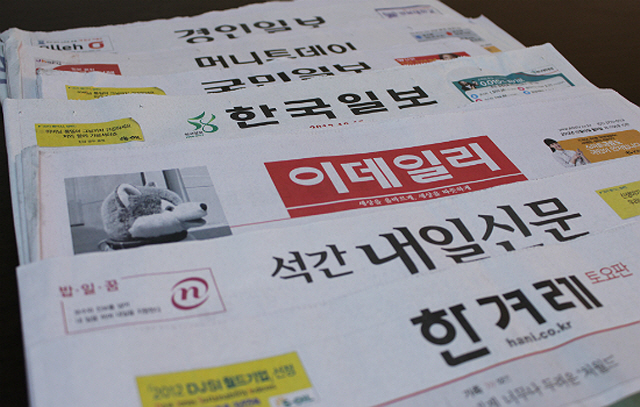 The Korea Press Foundation (KPF) revealed that total sales for the newspaper industry in 2017 came in around 3.7 trillion won (US$3.28 billion), which was a 3.2 percent increase from the previous year.

Among printed newspapers, local daily newspapers accounted for 595 billion won in sales, which was a 21.9 percent increase from the previous year.

National daily newspapers that make up more than one-third of all newspaper sales, however, were responsible for 1.3 trillion won in sales, which was 2.7 percent less than last year.