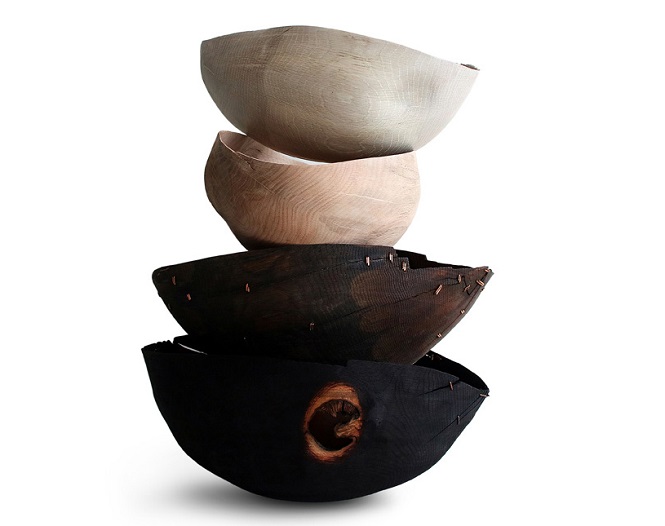 This image, provided by the Seoul city government, shows works by Kim Min-wook, one of the finalists of this year’s Loewe Foundation Craft Prize.

SEOUL, June 28 (Korea Bizwire) — Craft artworks nominated for one of the world’s most prestigious craft awards will be exhibited at the Seoul Museum of Craft Art next month, officials said Tuesday.

The Loewe Foundation Craft Prize, launched in 2016 by Spanish luxury label Loewe, is the world’s most lucrative award for crafts people with a 50,000-euro prize.

The works by this year’s shortlist of 30 finalists will be displayed in the museum, the country’s first museum dedicated to craft works, from July 1 to July 30, they said.

Judges have narrowed down 3,100 entries from 116 countries to a shortlist of 30 artists from 15 countries, including seven artists from South Korea. The works vary from ceramics and woodwork to textiles.

The winner will be selected by a panel on Thursday, a day before the opening of the exhibition, and will be award by Jonathan Anderson, the creative chief of Loewe.