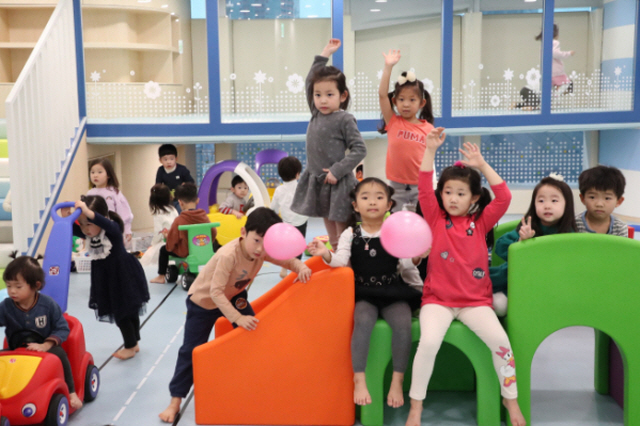 The older the child is, the longer the waiting time was. (image: POSCO DAEWOO)

SEOUL, Jul. 11 (Korea Bizwire) — A survey found that 33.5 percent of infants aged 0 to 5 had to wait before finding a spot at a daycare center or kindergarten.

According to a survey conducted by Korea Institute of Child Care and Education and released Wednesday, 33.5 percent of those surveyed had experience waiting before entering daycare centers and kindergartens.

The ratio of waiting experience by residential area was 40.6 percent in large cities compared to 33.9 percent in small cities and 15.4 percent in rural areas.

This means the older the child is, the longer the waiting time was.

The research team suggested that the fact that the waiting experience and waiting period continue to increase year by year is due to the increasing proportion of infants and children who use daycare centers or kindergartens.