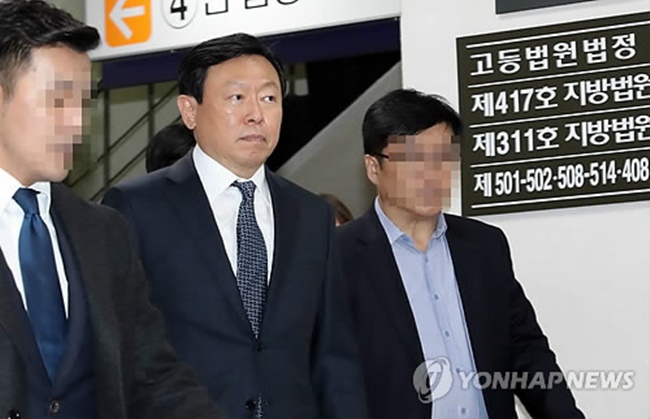 Chairman Shin Dong-bin unloaded over 1 million shares of Lotte Shopping after the local stock market closed, the company said in a regulatory filing.

The sales reduced Shin’s stake in the company to 9.89 percent from 13.46 percent.

Lotte Shopping said the chairman sold the shares to raise funds to deal with suits he is going through, as well as to reduce the group’s cross-shareholding among affiliates in line with the launch of a holding company last month.

Shin and his family are facing trials on a string of corporate crime allegations. The chairman has also been indicted on charges of bribery in relation to a political scandal that led to the ouster of former President Park Geun-hye.

The court is slated to deliver a ruling on Shin’s family over the corporate crime charges next month.

Shares of Lotte Shopping closed down 3.23 percent at 225,000 won on the main bourse on Tuesday, with the broader KOSPI index climbing 0.12 percent.