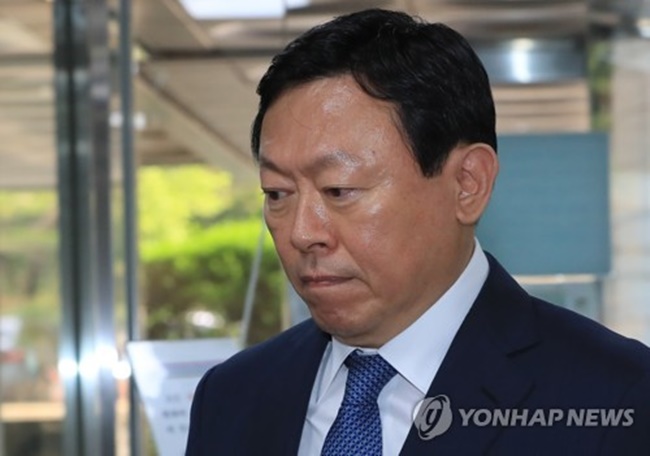 SEOUL, July 10 (Korea Bizwire) – The head of South Korean retail giant Lotte vowed on Monday to boost the group’s transparent management as it attempts to tide over a string of troubles through a governance shakeup.

During an IR session held in Tokyo, Lotte Group chairman Shin Dong-bin said his group will be able to better adapt to changing market circumstances with transparent management once the revamp plan for its management structure is completed this year.

“Lotte Group will continue with its growth as a trusted company by building a transparent management structure and strengthening compliance,” Shin told a group of Japanese investors including Nomura Securities Co. and Mizuho Bank.

Shin’s remarks came as the country’s fifth-largest conglomerate is suffering from a steep fall in its retail business amid a diplomatic row between Seoul and Beijing over the deployment of a U.S. missile defense system here and a string of malpractices related to its murky governance structure.

Its duty-free business is bearing the brunt of Beijing’s decision to ban tours to South Korea in apparent retaliation over the deployment of the THAAD battery here, while Shin and his family are standing trial over a string of corporate crime allegations. The conglomerate is also implicated in a separate graft scandal involving former South Korean President Park Geun-hye and her friend.

In April, the board of directors of the group’s four key affiliates passed a plan to split each into investment and business entities in a major shakeup plan for its governance structure.

Under the plan, which will be put up for approval at their respective shareholders meetings next month, the investment entities split from the four units will likely be merged to become a holding firm that will control other business arms under its wing.

The group has been pushing for an initial public offering (IPO) of Hotel Lotte, but the plan has been temporarily held back due to unfavorable market conditions.