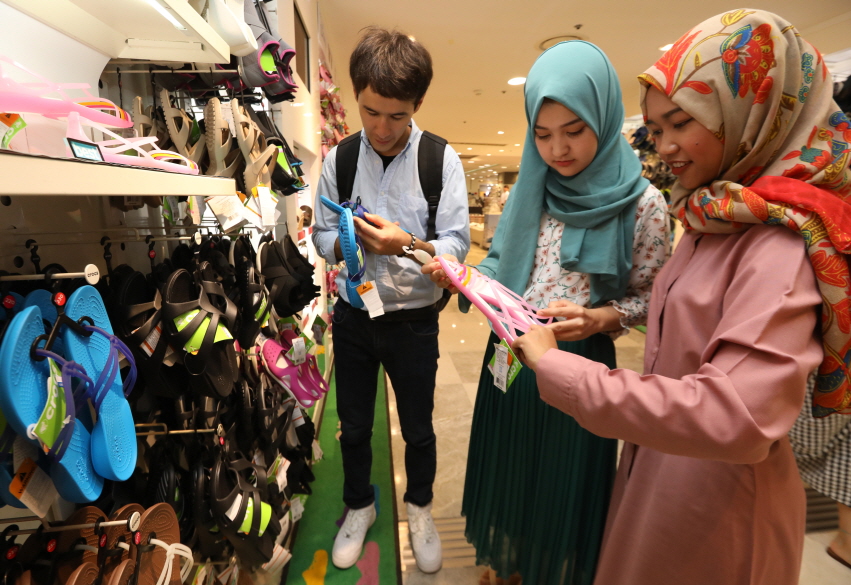 SEOUL, Aug. 13 (Korea Bizwire) — Lotte Department Store, the country’s leading retailer, said Sunday it will open prayer rooms for Muslims at its store in Seoul this week as it steps up efforts to attract more tourists from the Middle East and Southeast Asian countries.

The department store operator said they will open a 49.6 square meter room, separated for men and women, at its store in Jamsil, west of Seoul, on Wednesday. The room will have copies of the Koran, the religious text of Islam, and foot baths.

Lotte said it is the first time for a local retailer to designate a prayer room for Muslim tourists.

The retailer is also planning to certify Muslim-friendly restaurants at its stores in Jamsil and Myeongdong in downtown Seoul to meet different demands from the Muslim population.

In 2016, some 980,000 Muslim tourists came to visit South Korea, up 33 percent from a year earlier, according to data from the Korea Tourism Organization.

Local retailers have been ramping up efforts to diversify their tourist portfolio to overcome the sharp decline in the number of Chinese visitors in the face of a diplomatic row over the deployment of a U.S. anti-missile system here.

In June, the number of Chinese tourists in South Korea plunged 66.4 percent compared to the same period last year, marking the fourth straight month of decline after Beijing banned the sale of group tour packages in mid-March.