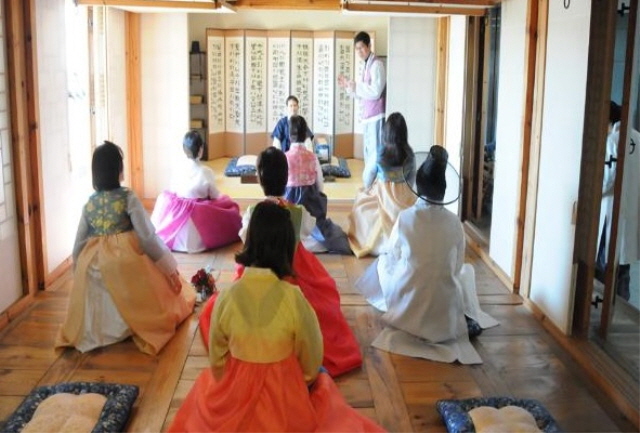 The Korean Culture and Information Service (KCIS) said the events will be held at 18 cultural centers in 15 nations including Japan, the United States and Egypt on Lunar New Year’s Day, which falls on Saturday this year.

In Tokyo and Osaka in Japan, Korean cultural centers will invite Japanese people to make Korean crafts and play traditional games to show the differences between the New Year’s customs of the two neighboring countries.

In Egypt, local people will shoot a video of the formal Korean style of bowing, called “sebae” and upload it to social media. They will also cook a big pot of rice cake soup for 100 people.

On Saturday, the Korean cultural center in Washington will bring together families of Korean adoptees there to taste Korean food, try on traditional Korean attire and play folk games.

“We hope people in overseas countries will connect with traditional Korean culture through our Lunar New Year programs,” the KCIS said.