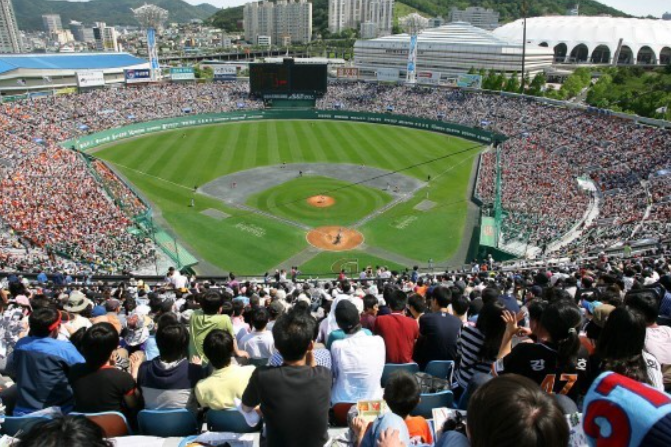 Home stadium of the Lotte Giants (image courtesy of Yonhap)

Choi resigned from his post late last year. He acknowledged that he had asked the team officials to secure CCTV footage, but claimed he had first asked them to let his players know before they were monitored.

The NHRC has carried out its own probe since the end of last year and found that the players were actually not informed of the planned monitoring in advance.

The organization said it has decided to submit a list of recommendations to the Korea Baseball Organization to prevent similar violations in the future.

“We hope this incident serves as an opportunity to create a detailed guideline for creating a more humane sports environment,” an NHRC official said.