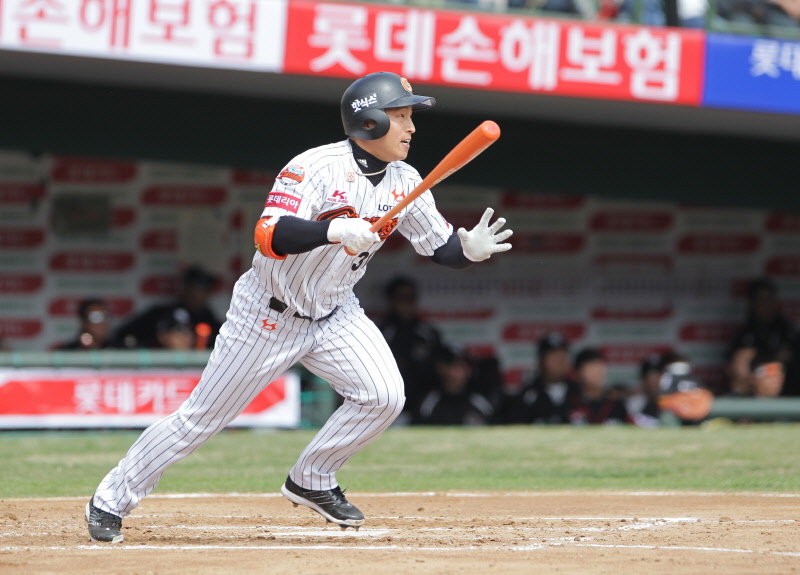 In a statement, the Korea Baseball Organization (KBO) club said it will formally ask the league office to make Son available after the conclusion of the Korean Series. KBO players may be posted starting Nov. 1 each year. If this year’s Korean Series goes the distance, it is scheduled to end Nov. 3.

The Giants faced a dilemma earlier this month when two of their players, Son and infielder Hwang Jae-gyun, asked the team to post them. Under the KBO rules, a team can only post one player at a time. If that player fails to sign a big league contract, then another player from the same club may be posted.

The Giants said they chose to put Son in the market first based on the players’ performances over the past five years, among other factors.

Son, 27, has hit .300 or better in each of his past six seasons, while Hwang, 28, has had just two .300 seasons. Son is a four-time Golden Glove winner — awarded to players based on their overall performances, not solely on defense — while Hwang still hasn’t won one.

A KBO player becomes eligible for posting after completing seven seasons or their equivalent. Once a player is posted, MLB teams can submit bids in a silent auction for the right to negotiate with him. If the player’s original KBO club decides to accept the highest bid, then that MLB club will have 30 days to work out a deal with the player.

If the player signs with that big league team, then his KBO club will pocket the posting fee. If the player and the MLB team can’t come to an agreement, the player will be taken off the market and won’t be eligible for posting until the following year.

The Giants said if Son fails to sign a deal, they will immediately make Hwang available.

Two South Korean players have reached the majors via posting. In 2012, left-hander Ryu Hyun-jin signed a six-year, US$36 million deal with the Los Angeles Dodgers, which bid $25.7 million for him.

In January this year, infielder Kang Jung-ho inked a four-year, $16 million deal with the Pittsburgh Pirates, after the Bucs put in a bid of $5 million.