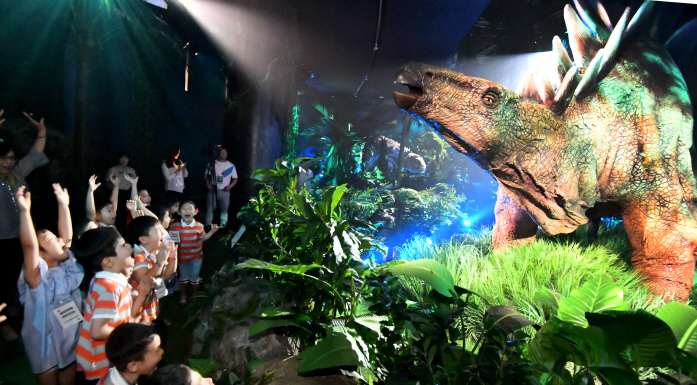 At the 2000 square meter exhibition hall, seven large robot dinosaurs that feature animatronics technology implemented to make it seem as if they are actually moving will welcome visitors.

In a lab where dinosaur eggs hatch, one can try making their own dinosaurs and see huge dinosaur skulls and fossils.

The special exhibition, which will be on display for a year, is the fifth of its kind in the world after the United States, Australia, France and Spain, and is the first of its kind among Asian countries. 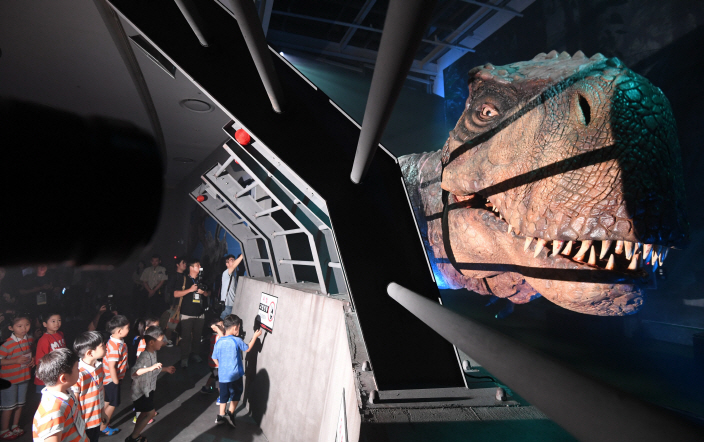