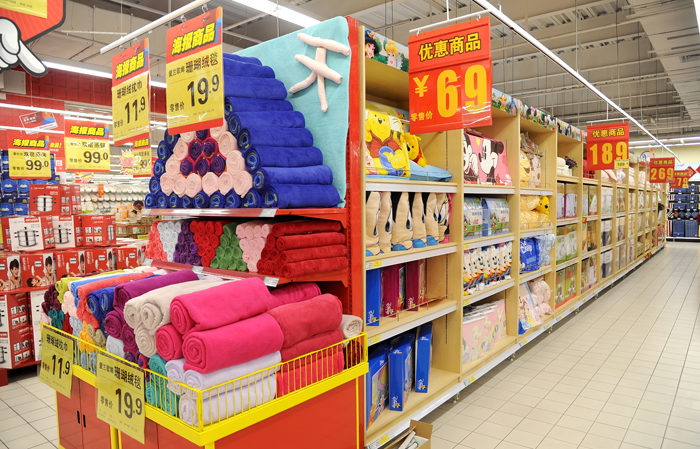 Lotte Mart is the group’s hypermarket chain that has a massive network in China. (image: Lotte Mart)

Brandstock, a South Korean market research firm that determines the rankings of local brands, said in its latest survey that most Lotte units saw their brand rankings improve in the January-March period from three months earlier.

Lotte World Adventure and Lotte Department Store ranked seventh and ninth, respectively, up one notch from the end of last year.

Lotte Mart, which has become the lightning rod for China’s retaliation, remained unchanged at 21st, with Lotte Super soaring six notches to 77th.

Lotte Mart, the operator of the group’s hypermarket chain that has a massive network in China, has been teetering on the brink of collapse as a protracted business suspension by Chinese authorities is leaving the firm with snowballing losses.

China has ratcheted up pressure against Lotte, South Korea’s fifth-largest family-controlled firm, since it handed over a golf course as the site for a U.S. Terminal High Altitude Area Defense (THAAD) battery. Beijing has also banned group tours to South Korea.

Other Lotte brands also made big jumps on the list, but its duty-free units, suffered and dropped out of the top 100 as nearly 80 percent of their sales depend on Chinese tourists.

“Despite China’s retaliation over the THAAD issue, Lotte basked in improvements thanks to its concerted efforts to burnish its brand value,” Brandstock said.

According to Brandstock, Samsung Electronics Co.’s mobile brand Galaxy retained its top spot in the first quarter despite the discontinuation of the latest Galaxy Note 7 phablet line due to a battery problem.